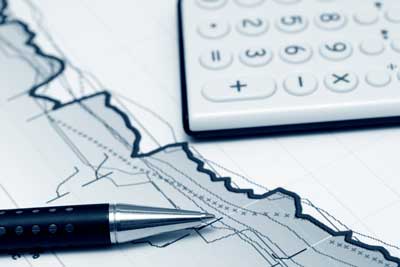 People often take currency calculators as no different from forex calculators when the truth is they are totally different from each other. For one thing, those who use the former are normally travelers and international traders who would like to know how much their money is worth in their destination countries. On the other hand, forex calculators are trading tools used by forex traders to help them minimize risks associated with currency speculation.

In some aspects, currency calculators are the same as forex calculators. They both convert the values of one currency into another. They may use the same rate of exchange based on the spot forex market rates. The difference however lies in the purpose for which they are used.

Currency calculators are used by people who have an inherent need to convert their currencies into the currency of their destination countries if they are travelers or in the currency of the country they are doing business with if they are commercial traders. Forex calculators, on the other hand, are used for speculative purposes to help speculators pick the highest probability trades in order to gain profit buying and selling different currencies. In essence though, both calculators are the same since they often involve converting one currency into another.

Forex calculators take many forms with each one serving a different objective related to the currency speculation activity being undertaken by the forex trader. There are forex pip calculators which calculate the value of a trading account based on real time changes in the rates of exchange. There are pivot point calculators which automatically calculate possible resistance and support lines to help traders determine possible entry and exit points as well as pick high probability trades. There are forex position calculators to help traders determine the maximum exposure to take relative to the size of their account. Generally, all forex calculators involved conversions from one currency to another since forex involves trading in currency pairs.

Even up to this point in time, there are a lot of people who are not familiar with forex trading. The first thing that comes to their mind when you talk about forex trading with them is that of a money changer. In the like manner, they view a currency calculator as a mere currency converter. In every sense, they are correct. However, if we are to group all forex calculators as currency calculators since they all involve converting one currency into another, confusion starts to reign in.

Unfortunately, most individual forex speculators who dip their fingers for the first time on forex trading carry the same misconceptions about foreign currency trading. They thought of it as a simple money changing activity. Often it is too late for them to realize that there is more to foreign currency trading than just converting from one currency to another. They fail to realize that speculating in foreign currency requires honing certain skills to be able to pick high probability trades that will rake in profits for them. They only realize later, albeit too late that trading the foreign currency market requires the use of forex calculators that are more sophisticated than the online calculators you can find almost anywhere online.