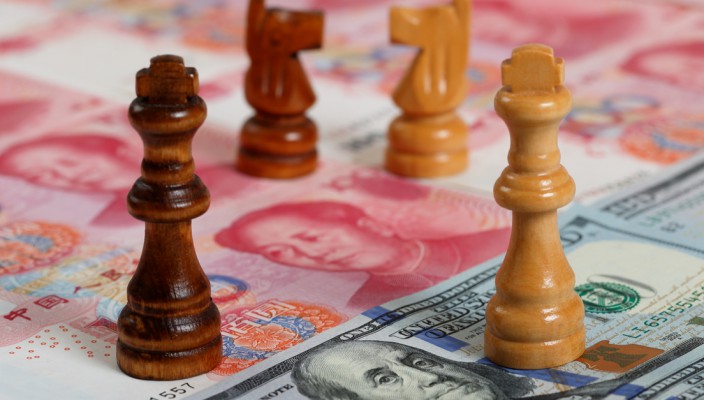 China expected to retaliate against new US tariffs

On Tuesday the breaking news was evolving around the statement coming from Trumps’ administration, where 10% tariffs on approximately $200 billion in Chinese goods is expected to be imposed in the coming week, while the rate could be doubled in 2019. China reacted promptly to the new threat and in the view of the Chinese government, there was no other option but to retaliate against the new trade tariffs. Previously we have heard from China that it would react with taxes on $60 billion worth of US goods, however the Chinese Ministry of Commerce did not yet announce any specific actions to be taken. According to Bloomberg, on a panel of meetings of WTO in Tianjin, the vice chairman of China’s Securities Regulatory Commission did state that it will not be allowed for the country to be under pressure by the trade strategies of Trump’s administration and is hoping that both countries would be able to negotiate on equal basis.

However, the recent US move has brought uncertainty in this possibility and future talks between US and China and according to Reuters, Gen Shuang China’s Foreign Ministry spokesman, the hope of sincerity and goodwill from the US is diminishing. In addition, on Monday, president Trump had warned that the US would take action in case that China takes tit-for-tat act against US farmers or industries. As for now, the tariffs that the US imposed is on $50 billion worth of Chinese goods and the newest tariff increase means that all imports from China are subject to approximately $250 billion, which is almost ½ of the Chinese shipments to the US in 2018. This will of course have a great impact on the American consumers, as it is expected that they would soon start feeling cost in everyday goods.

Up to now, China has imposed or proposed tariffs on American goods that are worth $110 billion and some analysts are fearing that Beijing could decide to use other measures except the tariffs, such as adding more pressure on American companies that are operating in China. The markets have been reacting on the news and with roughly 20% loss until now this year, Shanghai’s stock market has joined the trio that was hit by crisis, namely Argentina, Venezuela and Turkey, which are currently the world’s worst performers. Also, the investors are keeping away from the electronics and machinery sector that are most exposed to the trade disputes and it is expected that the market sentiment will remain restrained for some time.

Staying on the topic, the European Commission has published its ideas on Tuesday on how to reform the WTO with the thinking that the world has changed over the years, but the World Trade Organization has not and it is the time now to make the system capable to address challenges that it is facing on the global economic level. As per Reuters, the Commission is looking to update global trade rules, reinforce the power of WTO to monitor trade and look for a solution in overcoming the current standstill of the WTO dispute settlement system. The reforms to take place are mainly based on the effort to counter market distortions like we have seen in China and to be able to discourage the US from pulling out of the body.