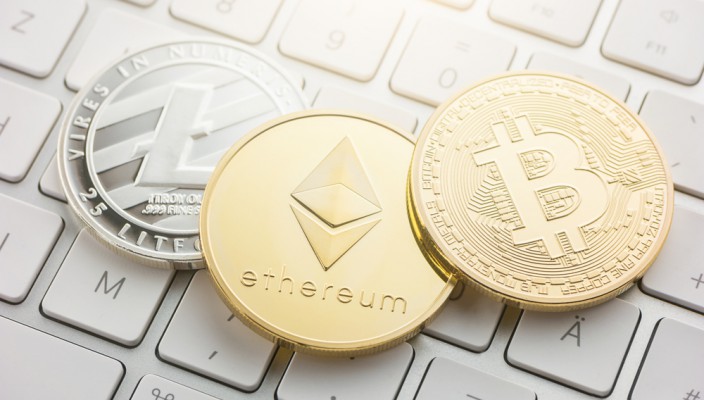 Over recent weeks there’s been a surge in the search term “buy bitcoin with credit card”, the rise corresponded with the huge spike in the price of BTC, which saw price rise to circa 20,000 in December 2017, from 8,000 in October. Price then fell to 10,600 on December 22nd, wiping off circa 40% of its value, to then recover, reaching a 2018 January high of 16,800. However, after a steady fall over previous days, on January 16th BTC/USD breached the December flash crash low, reaching a 2018 low of circa 9,870.

The rise in the Google search term is only one side of the (virtual) coin, how many investors are actually buying with a Credit Card (CC), rather than use a debit card, provides a deeper insight into the habits and is perhaps illustrative of the creation of a new, and manic phase. Approximately 19% of buyers of bitcoin used a credit card, and this signaled a huge rise and change from previous BTC investment habits.

Now defenders of the bitcoin and crypto currency mania/industry, would suggest that folk might be using their CC for a variety of reasons; better consumer protection, better rates, or that they are the type of individual who use their CC for all purchases and then settle their bill in full once presented with it at the end of the month. However, paying circa 4% credit card charge per bitcoin transaction, on for example Coinbase, doesn’t suggest good management, or discipline, it’s more indicative of reckless and poor decision making. If you use a debit card then you have the funds and will pay far less, in terms of transaction charges.

The bitcoin/credit card search term rises have also highlighted another two more alarming issues, investors who go into significant debt in order to buy crypto currencies and the revelation that students in the USA are also buying into the crypto coin phenomenon. Reports are now beginning to emerge of individuals who have also taken out substantial second mortgages, or unsecured/secured loans, in order to become involved in the crypto craze.

The findings relating to CC bitcoin purchase relates to a December survey conducted by LendEDU, a student loan refinancer. They conducted a poll of the payment methods of active Bitcoin investors and they discovered that 18.15% bought the virtual currency with a credit card. Of those, 22.13% did not pay off their credit card balances and 90% of those planned to pay off the balances by selling their Bitcoin investments, they appeared to have absolute faith that the crypto currency’s price would continue rising. LendEDU confirmed that the survey was scientifically randomized and was conducted with a large sample size, they employed two methods of screening, in order to ensure respondents were Bitcoin buyers.

Now it’s worth just focusing in this last paragraph regarding LendEDU’s findings; students, or recent students in the USA, were leveraging their credit in December, by maxing their credit card, to buy bitcoin on margin, whilst the crypto currency approached a record high price of 20k. Their credit card bills will now be hitting the doormats or email inboxes and given that price has collapsed by circa 50% since the peak, these polled investors will be out of pocket. They won’t be paying their credit card bill with BTC speculative profit, in fact many won’t be paying it at all; they will be struggling and scrambling to find methods to recover from the loss.

« WEEKLY MARKET SNAPSHOT 29/1-2/2| USA data comes into sharp focus, as the FOMC meet to decide interest rate policy, whilst analysts expect an improvement in the January NFP job numbers Your 100 forex trade analysis and back testing for scalping or day trading »