What message are Japan's salary men delivering to the global economy? 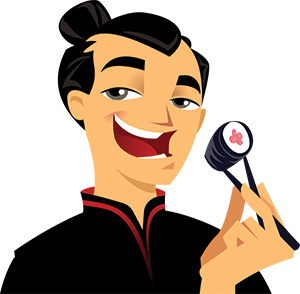 Many readers will be familiar with the concept of Mrs Watanabe, for those amongst us that aren't here's a quick synopsis; Mrs Watanabe is the personification of the Japanese housewife speculators, who are (occasionally) strong enough to affect international markets, especially foreign exchange markets. Mrs Watanabe, is the Japanese market’s metaphor for Japan’s housewife yen speculators.

This housewife, as the matriarchal head of the household, has another trick up her sleeve, she dictates how much personal spending power her salary man husband can enjoy each month. Each year Shinsei Bank in Japan publish their Salaryman Pocket Money Survey and this year their survey concludes that the salary man's pocket money has reached the worst post bubble result. And it gets worse, the pocket money level is the second worst on record.

"Average monthly pocket money at JPY 38,457 (down JPY 1,299 vs. 2012); worst amount following the collapse of the bubble economy, and is the second lowest amount recorded since the start of this survey." – Shinsei Bank.

In the survey conducted in April 2013, it was found that the effects of Abenomics have not been sufficient to affect the pocket money allowances of Salarymen, despite having been able to cause improvements in the performance of some companies and rises in stock prices.

With a drop in the percentage of pay raise increments, it appears that many people are saving money, and are conservative when it comes to pocket money allowances. In most households the monetary situation is expected to worsen due to: rises in costs from 2012 for energy, the effects of the strong yen on prices of food and certain essentials, and there is also the planned hike of the consumption tax next year.

The Nikkei Stock average recovered to JPY 10,395 by December 31, 2012, an increase of JPY 1,940 compared to the previous year, but despite the correlation between stock prices and pocket money, Shinsei Bank have not yet observed an increase in pocket money.

So where's the connection, what's the point?

The key is in the thirty years this survey has been running. Many analysts refer to a lost two decades in Japan economically due to the monetary and fiscal tools of quantitative easing and ZIRP, Japan was the original 'poster boy' for this failed dual phenomena. Yet here we are, in the third decade since the original Frankenstein experiment and the salarymen appear to be drowning their sorrows with their second lowest allowance in thirty years.

Whilst we may have different customs in the UK, Europe and the USA for metering out pocket money for 'grown-ups' the similarities can't be ignored, especially given the fact that USA and UK salaries have hardly budged, in real or inflation adjusted terms, for over three decades. The really scary part is that we're only just over five years into our fiscal and monetary experimentation with QE and ZIRP, only another twenty five years to go…

The ADP's job report, published at the start of the New York session on Wednesday, showed that 188K new jobs were created in June, a much better print than the market expected. Despite the USA balance of payments missing analysts expectations and the ISM services data proving to be disappointing, the main markets in the USA; the DJIA and the SPX, weathered the negativity to close up positive on the day. The DJIA closed up 0.38% on the day at 14,988. The SPX closed up marginally at 0.08% at 1,615.

Europe's bourses suffered a torrid start to the day upon London opening, the PSI, the Portuguese market fell by over 6.5% at one stage mid morning to eventually close down 5.31%. The UK FTSE recovered slightly as did many other European indices once the impact of Portugal's recent troubles had been 'absorbed' and the USA indices began to rise. The FTSE closed down 1.17%, the DAX down 1.03%, the CAC down 1.08% and the STOXX down 1.25%. The Athens exchange main index, the ASE recovered to close down 0.58% on the day as the troika issued no new diktat with relation to Greece receiving the next tranche of bailout funds.

Egypt's political issues caused both WTI oil and Brent crude to rise significantly in both sessions on Wednesday. Investors being concerned that the Suez and the SUMED – the Suez Mediterranean pipeline responsible for up to 2.5ml barrels of oil per day destined for Europe, would experience disruption. WTI on ICE closed up 1.52% at $100.11 per barrel whilst Brent crude on ICE closed at $105.85 per barrel.

Comex gold closed up 0.68% at 1252.36, whilst Comex silver closed up 2.03% at $19.69. Looking at the daily chart traders looking to trade spot gold long would be best advised to wait until confirmation comes in the form of the most commonly used swing indicators. The stochastics have moved out of their oversold zone, on an adjusted, 9,9,5 setting, however, the MACD is still negative, the DMI likewise, PSAR is still above price and the RSI has not risen above the 30 reading. The Heikin Ashi candles are also yet to exhibit bullish tendencies.

The Dollar Index slipped from its one-month high, due to traders speculating whether the U.S. jobs report for June would be strong enough to move the Federal Reserve closer to slowing QE – monetary stimulus.

Yen rose versus the majority of its major currency peers on Wednesday due to renewed speculation that Europe’s on-going sovereign-debt crisis is beginning to worsen once again, Portugal’s bonds slumped after two ministers resigned from the government.

The pound rallied due to positive numbers in the U.K. services industry. Australia’s dollar slid after central-bank Governor Glenn Stevens said the economy “will probably get” a weaker currency if needed, suggesting that sooner rather than later the RBA will cut Australia's base rate from 2.75%. The real fear (for the Aussie's value) is that the RBA has massive scope to devalue to 'compete' with other developed countries' base rates, a full 2.5%.

The Dollar Index, which Intercontinental Exchange Inc. use to monitor the greenback versus  the currencies of six major U.S. trading partners, dropped 0.4 percent to 83.211 at 5 p.m. in New York after increasing earlier to 83.717, its strongest level since May 29.

Australia’s dollar weakened versus most of its major counterparts and touched the lowest in almost three years versus the greenback after Stevens said the Aussie has been too high. The currency sank 0.7 percent to 90.87 U.S. cents and reached 90.37 cents, the weakest since September 2010.

Naturally, given the Independence Day holiday in the USA on Thursday, trading in the afternoon session could be light and typically these light sessions can deliver many false signals. Similarly there are no publications or news events rating as high impact due from the USA.

The UK's high impact events include the first rate setting meeting to be chaired by the new governor Mark Carney. Rates are expected to remain the same, although the policy statement accompanying the rate decision, could provide clues as to where the new governor and his policy committee see rates in the near future and whether any plans exist for increasing monetary stimulus.

Early afternoon we have the ECB press conference, this will come after the publication of the latest European GDP figures, expected to remain negative at -0.2% and after the ECB's rate setting committee have decided on the base rate, currently 0.5% the expectation is that the rate remains unchanged.

« Between The Lines; Morning Roll Call Mind The Gap, Our Mid Morning London Session Update Whilst We Anticipate The New York Open… »