Sudden stock crashes and other tales of woe.. 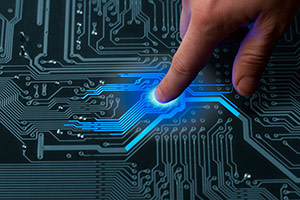 Two interesting stories caught our imagination over the past 24 hours, both concerned technology. Firstly, concern that American stock markets are more susceptible to micro- second crashes due to computerisation isn’t supported by the data, a Securities and Exchange Commission official stated on Tuesday. Gregg Berman, head of the SEC’s Office of Analytics and Research, stated at a New York conference sponsored by the Securities Industry and the financial markets association;

“A popular meme has emerged that, taken collectively, sudden price spikes indicate a 'broken market' and may be harbingers of another crash like the one in 2010. Critics who blame everything on electronic trading may be looking in the wrong place."

SEC staff found that swings in individual stocks are more often caused by human mistakes such as “fat finger” trades; when a person enters the wrong number of shares to trade, or some other typo error, or incorrectly entered limit orders. The errors reflect sloppiness and lack of oversight, which can be fixed by increased management controls.

That belief is corroborated by a study published by Credit Suisse Group AG on Jan. 17th which found that few sudden swings are directly attributable to computer errors. Ana Avramovic, an analyst at Credit Suisse Trading Strategy, examined all the mandatory halts caused by volatility in stocks between June 2010 through to December 2012. After stripping out “extremely illiquid or cheap stocks,” she found that 85 percent were caused by news and 9 percent by human error. Crucially only 6 percent, or 21 instances in 31 months, were caused by a bad print, when a quote at an extreme price caused a halt, indicating a computer algorithm was responsible…

So there we have it, those instances, when so many of us retail traders call foul, believing that the sudden spikes we've suffered are as a direct result of  manipulation by algo driven HFT trading, is wrong. It's that fat fingered guy who has had too much liquid lunch and has gone 'on tilt' mistakingly believing he's a master of the universe. I'll bet we can all sleep safer knowing that eh?

Whilst we're busy beating up the HFT and 'algo' space, and those traders who treat multi million/billon accounts as if it's pocket money, here's another interesting report to consider. High-frequency trading tactic lowers investor profits…

High-frequency trading strategies, exploiting fragmented equity markets, reduce investor profits, according to new findings by University of Michigan engineering researchers. The study is believed to be the first to examine how the lucrative trading practice known as latency arbitrage exploits market rules and the recent growth in the number of venues where stocks can change hands. High-frequency trading firms use sophisticated algorithms and direct data lines to either predict market fluctuations or obtain early information about price changes and they're responsible for more than half of all shares traded in U.S. stocks. Latency arbitrage is a' multi-billion opportunity made possible by 'fragmentation', which is the shift from physical trading floors at the New York Stock Exchange, to dozens of competing electronic markets today. The strategy takes advantage of the time it takes for trade price information from the various markets to reach a central repository that then publishes a public quote; the best bid and offer.

They found that latency arbitrage diminished profits collectively, not just for regular investors, but also for high-frequency traders. The researchers can't estimate a dollar cost of the reduction, but it clearly shows the direction of the effect. And here's the rub; their conclusion is that;

"Discrete trading would be more efficient. It leads to better trades happening and eliminates the latency arms race, which itself has large costs. We didn't include those costs in the model, but it's well known that these trading firms are spending billions to gain these speed advantages. As we've shown, this form of latency arbitrage serves no social purpose, and can even reduce the total profits in the system."

Cable fell dramatically in the London Tuesday session to then recover circa half the loss in the afternoon N.Y. session. Having enjoyed a run up of circa 500 pips, when the new trend began to develop late May – early June, perhaps it was inevitable that this major currency pair would experience some mean reversion. However, at the time of writing the pair has halted what appeared to be a significance retracement to be flat as the Asian session opens. Poor inflation figures printed by the UK's ONS could have been the reason for the fall, whilst positive fundamental news from the USA helped support the dollar.

The euro continued its parabolic rise versus the greenback in both Tuesday's sessions. Despite Mario Draghi muttering something about "unusual measures being used if necessary" the euro appeared to brush of his statement and continued its recent momentum. Versus yen the euro also appears to be taking on the appearance of a currency that could swing long. However, the price action and the Heikin Ashi candles are indecisive as the currency pair appears to be stuck in a range.

A currency pair that has flattered to deceive over recent days is AUS/USD. On reflection what appeared to be a potential breakout to the upside on the daily chart has failed and the currency pair has recovered to the downside.

Yen is displaying signs of fatigue versus all its major peers. Versus sterling, Loonie, greenback, and the Aussie we've witnessed a deceleration of momentum. If you've ridden these swings to their current position and rode the previous swing which developed earlier in the year, then you'll have enjoyed spectacular returns.

It's all about the FOMC tomorrow, in short the Fed, or to be more specific the Federal Open Market Committee. Why does this event rate as high impact? These two day meetings are scheduled four times a year and they'll publish their economic projections. Combined with the projections we'll also receive a policy statement. It's the primary tool the FOMC use to communicate monetary policy. It contains the outcome of their vote on interest rates and other policy measures, along with commentary about the economic conditions that influenced their votes. Most importantly, it discusses the economic outlook and offers clues on the outcome of future votes.

The FOMC statements will probably overshadow other high impact statements from the outgoing bank of England governor Mervyn King and the bank of Canada's governor Poloz.

Late evening in the Asian session Thursday morning we'll receive the HSBC PMI report on China which also rates as a high impact news event. We're not expecting a print above 50, the median line that indicates expansion. Economists polled suggest a score of 49.4 versus the previous month's print of 49.2