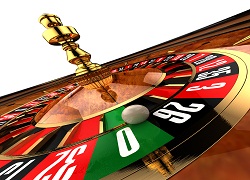 Both the UK’s and Europe’s central bank decided to keep their base interest rates at record lows on Thursday, the ECB’s decision not to lower and the accompanying narrative courtesy of the bank President Mario Draghi, caused the euro to power through R1 and many European indices to rally in correlation.

In other positive news it would appear that the EU is very close to reaching a deal with the USA; the EU will lift tariffs on almost all goods imported from the USA. On the subject of the USA there was mixed news on Thursday in terms of high impact news events, however, the positives outweighed the negative…

Productivity has increased by an impressive 3.2% annual rate during the 4th quarter of 2013. Meanwhile the weekly unemployment claims in the USA came in at 331K – a decrease of 20K from the previous week. The bad USA news came in the form of the balance of goods which deteriorated. The last data available showed a negative balance of $38.7 billion. Also, what’s referred to as the Challenger jobs cuts report, showed that planned layoffs have increased by circa fifty percent over recent months, close on 45K planned in January, significantly more than the 37K planned in December that was the lowest since 2000.

As a consequence of the positive news outweighing the bad news the USA bourses accelerated upwards regaining many of the losses incurred over the past week and since the taper was adjusted by the FOMC.

EU ready to lift duties on most U.S. goods to reach trade pact

The European Union will offer to lift tariffs on nearly all goods imported from the United States as part of negotiations towards the world’s largest free-trade deal, people familiar with the proposal have told Reuters. The offer will be made on Monday, a week ahead of face-to-face talks between EU trades Chief Karel De Gucht and his U.S. counterpart Michael Froman in Washington. The European Commission, which handles trade issues for the EU’s 28 member states, will tell the United States how far it is willing to open its markets, while U.S. officials are expected to do the same.

US International Trade in Goods and Services, December 2013

After falling to a 13-year low in December, monthly job cuts surged nearly 50 percent to kick off 2014, as U.S.-based employers announced plans to reduce their payrolls by 45,107 in January, according to the latest report on monthly job cuts released Thursday by global outplacement consultancy Challenger, Gray & Christmas, Inc. The 45,107 job cuts last month were 47 percent higher than a December total of 30,623, which was the lowest one-month total since 17,241 planned layoffs were announced in June 2000.

At today’s meeting the Governing Council of the ECB decided that the interest rate on the main refinancing operations and the interest rates on the marginal lending facility and the deposit facility will remain unchanged at 0.25%, 0.75% and 0.00% respectively.

The euro advanced 0.4 percent to $1.3588 late New York time, the biggest gain since Jan. 23rd. The single currency rose 1.1 percent to 138.74 yen, after dropping to 136.23 yen on Feb. 4th, the weakest level since Nov. 22nd. The dollar rose 0.6 percent to 102.10 yen. The euro strengthened the most in two weeks against the dollar after European Central Bank President Mario Draghi refrained from announcing any additional stimulus measures that tend to debase a currency. The Aussie climbed 0.6 percent to 89.63 U.S. cents after advancing to the highest level since Jan. 14th. The currency surged 2 percent on Feb. 4th, the biggest gain since June, after the Reserve Bank of Australia dropped its reference to the currency being too strong.

Canada’s dollar fell 0.2 percent to C$1.1101 at 9:35 a.m. Toronto time. Government bond yields rose, with the security due in 10 years gaining to 2.42 percent from 2.39 percent, the third straight increase. Canada’s merchandise trade deficit widened for a third month in December, exceeding all economist forecasts, as imports led by energy reached a record high.

The 10-year yield advanced three basis points, or 0.03 percentage point, to 2.70 percent late afternoon in New York after rising nine basis points during the previous two days. It touched 2.57 percent on Feb. 3rd, the lowest level since Nov. 1st. The price of the 2.75 percent security due in November 2023 dropped 1/4, or $2.50 per $1,000 face amount, to 100 14/32. Treasuries fell, pushing 10-year note yields higher for a third day, as demand for the safety of U.S. government securities ebbed before a report forecast to show payrolls growth rebounded from the slowest in almost two years.

« European retail sales return to growth at the start of 2014 – Markit as consumer confidence in Switzerland reaches a recent high The MACD, what it is and why it ‘works’ for swing traders if allowed to do its job… »