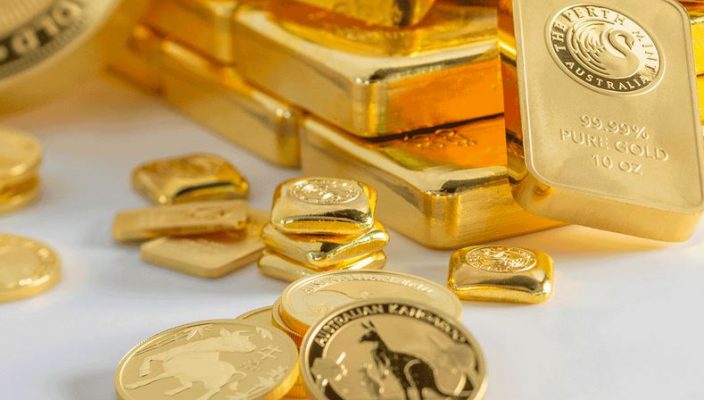 Australia and Russia have long been competing for second place in the list of largest gold producers after China.

However, with China’s production downturn, there appears to be a chance that one of the two contenders could rise to the world’s top manufacturer status.

Although production statistics have been negatively impacted in the last couple of years by factors such as Covid-19 lockdowns and the aftermath of economic sanctions.

About gold mining in Australia

The latest quarterly statistics on Australian gold production, published by specialized consulting company Surbiton Associates, are especially important for keeping abreast of the current situation, at least as far as the Australian production of the precious metal is concerned.

Surbiton is fairly accurate on Australia’s gold mining statistics, and the latest release shows that third-quarter gold production fell by as much as 7t from a high of 83t recorded in the three months to the end of June.

Gold production in the September quarter was somewhat disappointing, with reduced tons processed and lower grades, but the sector is doing well long-term. Some rainy weather and COVID-19 challenges have hurt productivity, but their impact appears to be easing, and production costs are starting to come down.

Output from Newmont Boddington was down 59,000 ounces compared to the June quarter, while output from Newcrest Cadia was down 44,600 ounces, while production from Tropicana (AngloGold 70% and Regis Resources 30%) was up 19,440 ounces.

The table on the right shows the largest gold producers in Australia for the third quarter of 2022.

For those who would like to learn more about the Australian gold mining industry, Close and Surbiton have published two very detailed books on the recent history of the industry in the country.

The second one, titled “Australia’s Greatest Gold Boom,” covers the period from 2001 to the end of 2021. It is a follow-up to her first book, The Great Golden Renaissance, covering the previous 20 years starting in 1982.

Few people, including those associated with the industry and investors, realize that over the past 40 years, gold production on the Australian continent has grown from less than 20 tons to about 315-320 tons per year.

During this time, about 9,500 tons of gold were mined. This makes an important contribution to our exports and foreign exchange earnings. Gold currently brings in about A$26 billion a year.

While the price of gold has predominantly shown weakness in 2022 and is down about 4% YTD, the AUD price has remained relatively stable even with normal volatility, averaging around AU$ 2,600. Thus, despite some global concerns about the price of the precious metal in US dollars, a weaker Australian dollar had a positive impact on gold in the local market and, in general, helped maintain the overall profitability of the Australian gold mining sector, support it and even expand it.