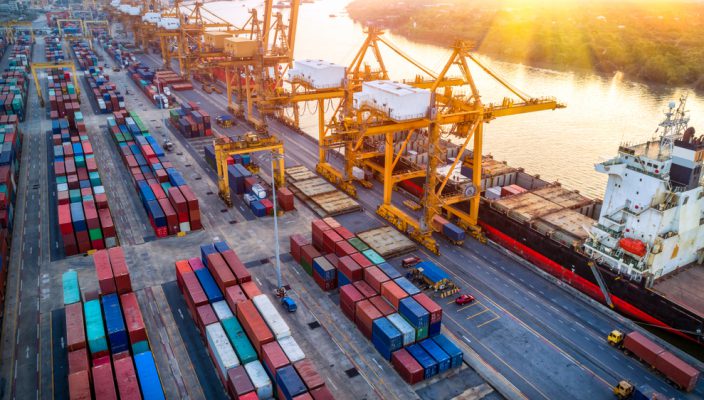 Asian markets sell off on Wednesday morning, as analysts and investors begin to quantify the global trade impact, of increased and new tariffs on Chinese imports into the USA.

May 8 • Forex Trading Articles, Market Commentaries • 1641 Views • Comments Off on Asian markets sell off on Wednesday morning, as analysts and investors begin to quantify the global trade impact, of increased and new tariffs on Chinese imports into the USA.

The fall in Chinese equity markets, witnessed during the Sydney-Asian sessions on Wednesday morning, was expected based on the increased threats from the Trump administration; to increase tariffs from 10% to 25% on $200m of Chinese imports, beginning on Friday May 10th. The threats to apply new tariffs, of the same amount, on all Chinese imports into the USA, has increased investors’ bearishness. Analysts, traders and investors, will have concerns that such actions could drive equity markets to the levels, witnessed in the final quarter of 2018, when many global equity indices plunged to yearly lows, as bear market sentiment gripped the markets.

The Shanghai Composite index closed down -1.12% and the CSI closed down -1.43%. Hong Kong’s Hang Seng closed down -1.26% and Japan’s Nikkei down -1.46%. The leading Australian index, the ASX 200, closed down -0.43%, falling to a three week low, after sustained selling pressure witnessed during the month of May. The bearish price action has caused price to breach the 100 DMA (100 day simple moving average). Sentiment for the Chinese predicament worsened due to the latest export and import data missing the forecasts; exports have fallen by -2.7% year on year up to April, whilst imports have risen, causing the trade balance to shrink to $13.84b for the month, from an expected $34.56b estimate.

As widely tipped by the Reuters news agency’s panel of economists, New Zealand’s central bank, the RBNZ, lowered the official cash rate (key interest rate) from 1.75%, to a new record low of 1.50%. The impact on the value of the kiwi dollar versus its peers, was immediate; NZD spiked downwards versus the majority of its peers. At 9:00am U.K. time, NZD/USD traded down -0.12% at 0.659, trading close to the first level of support, S1, after recovering from the 0.652 printed shortly after the announcement was made, when price crashed through the third level of support, S3.

Similar patterns of price action behaviour developed where NZD was the counter currency, GBP/NZD rising to R3, before falling back through the daily pivot point, to trade down -0.14%, as price threatened to breach S1. The kiwi dollar may experience further intense speculation this evening from 21:00pm U.K. time, as the RBNZ Governor appears before a select committee of New Zealand MPs, to justify the central bank’s current monetary policy and overall management.

Sterling fell versus the majority of its peers during the London-European session, as Brexit fears (once again) begin to play on sterling investors’ and FX traders’ collective minds. Prime minister May is being forced to announce a firmer timetable for her resignation. Meanwhile, the pointless talks, which the Tories entered into with the Labour Party, as an attempt to share the Brexit fallout blame, appear to be ending with no consensus agreed. The Tories have no option but to contest the euro elections, representing further humiliation, after recent disastrous local election results. The first (revised) June Brexit date is looming, although ultimately the U.K. has until October 31st to organise itself, before crashing out.

The euro registered gains versus many of its peer currencies during the early hours of the London-European session, as the latest German industrial data beat the Reuters forecasts. Month on month up to March industrial growth of 0.5% was recorded, versus the -0.5% prediction, causing the year on year figure to rise to -0.9%, beating the forecast of -2.7%. Investors and FX traders will begin to turn their focus to the President of the ECB, Mario Draghi, when he delivers a speech in Frankfurt at 12:30pm U.K. time this afternoon. At 9:30am EUR/USD traded at 1.120, up 0.15%, trading in a tight range, with a bias to the upside, between the daily P.P. and R1.

After U.S. equity indices experienced a significant sell off during Tuesday’s New York session, investors and traders will monitor the Wall Street market opening, for signs that the risk off sentiment has continued, due to renewed China-USA trade war fears. Futures markets were indicating a rise for the SPX and NASDAQ once New York opens, at 9:30am U.K. time SPX futures traded up 0.23% and the NASDAQ up 0.27%. The dollar index, DXY, traded down -0.17% at 97.43, as USD sold off versus many peers. USD/JPY traded down -0.10% maintaining position above the 110.0 handle at 110.1, after falling through the handle during the Asian session, posting a low of 109.9, a price not witnessed since late March.

« Strive for excellence in your FX trading, not perfection. How can you match your trading ambitions to your current employment? »