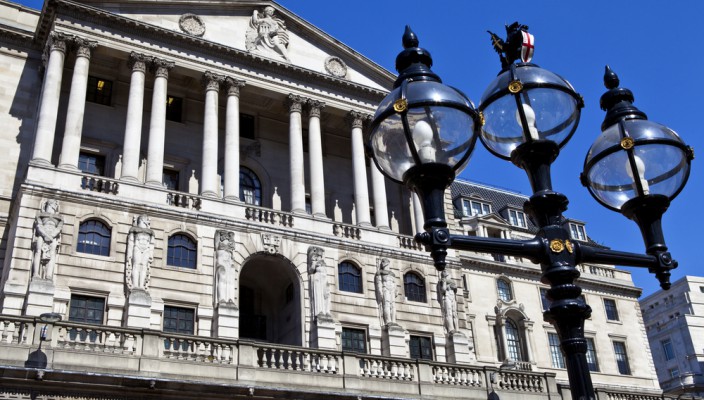 As the U.K. Bank of England announce the base rate decision, what can we expect from GBP in 2018?

Feb 9 • Forex Trading Articles • 4383 Views • Comments Off on As the U.K. Bank of England announce the base rate decision, what can we expect from GBP in 2018?

The general consensus opinion delivered by market analysts that sterling recovered in 2017, after suffering a severe sell off due to the referendum shock vote in 2016, deserves closer scrutiny. Many mainstream financial analysts pointed at cable (GBP/USD) to prove the recovery theory, completely ignoring the fact that the rise of the pound versus the dollar owed more to extreme dollar weakness, as opposed to dollar strength.

However, the U.K. pound did recover in 2017 versus the majority of its peers, despite that recovery being weak versus (arguably) its main peer, the euro; EUR/GBP is still circa 18% higher at circa 0.89, than at 0.76 just before the referendum decision. The impact of this on the U.K. economy is not discussed enough, the standard trope in the mainstream press is that the referendum impact has been benign, so far.

Shortly after the referendum decision, the Bank of England held an emergency meeting where they announced another £70b of Q.E., £100b of loans to banks (in order to keep consumer interest rates low), £10b of bonds and cut the base interest rate by half, down to 0.25%. On November 2nd 2017 the BoE MPC increased the base rate back up to 0.5% and during the commentaries accompanying each meeting since, it’s been impossible to pin down if the BoE/MPC are hawkish or dovish.

The BoE are in an incredibly difficult situation, arguably more so than the FOMC/Fed, as the USA doesn’t have to cope with the impending fallout from Brexit. Not only does the Bank of England governor Mark Carney and his colleagues have to cope with the normal issues regarding the country’s monetary policy, they have an outlier agenda they didn’t anticipate, certainly Carney didn’t expect it when former Chancellor of the Exchequer (George Osborne), convinced him to take the job.

The BoE have a direct responsibility to control inflation, a low pound is making imports more expensive, and exports less expensive, and the U.K. is an economy that thrives/survives due to its service and retail economy, consumer spending accounts for circa 75% of the economy. As imports become more expensive, employees need/demand higher wages to survive, food inflation in the U.K. is circa 4% as is RPI retail price inflation, a weak pound is causing import prices to increase. At some stage the BoE has to get ahead of the curve and create the conditions for a stronger pound through the only mechanism available, higher interest rates. But they have another problem; according to their recent stress test, a rise to normalization of 3% as a base rate, could cause a 30% collapse in certain asset price values, such as London and south east England property market, into which U.K. banks have hundreds of billions of exposure. Without a doubt the era of cheap money has created the bubble in London property values, scarcity has not caused prices to rise by circa 60% since 2010, whilst wages in real terms have remained static since approx. 2003 and the BoE’s remit should not include the protection of asset values.

If the FOMC do keep to their commitment to raise by three times in 2018, taking the key interest rate to 2.75% and the ECB tighten their monetary policy by withdrawing the APP stimulus, and perhaps raising rates, then the BoE may feel empowered that they have the slack to follow suit with U.K. rates. However, if inflation suddenly rockets they may have to raise rates in a more aggressive fashion than their two leading counterparts. A 2% base rate level for the U.K. by this time next year?

Whilst it may be a bold prediction, before the 2007/2008 crises erupted, such a rate would have been regarded as historically low. If such rates are imposed then GPB will rise, particularly versus its main trading partner’s currency, the euro. The BoE will release a statement with its interest rate decision on Thursday February 8th, pound traders should pay particular attention to this statement and Mark Carney’s press release, what is for sure is that the BoE are running out of time and latitude to remain sitting on the fence and complacent.

« WEEKLY MARKET SNAPSHOT 12/2 – 16/2| Various GDPs and CPIs reporting will be in focus in the next weeks’ economic calendar At what point might the USA Fed and U.S. administration consider the USD to be too low? »