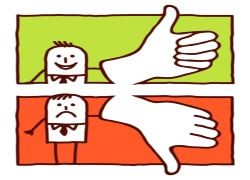 What’s Up And What’s Not

European equities moved slightly into the red following disappointing auction results out of Italy that further fanned concerns about the eurozone’s fiscal health. Currency markets are not reflecting the mild pessimism that is being factored into European equities, as the USD is selling off against a fairly broad variety of crosses including a small rise in the Euro.

The A$ is the reigning champ of the day in response to a solid overnight jobs report. Dow futures are pointing to a lift at the 9:30amET open, and Treasuries are mostly flat with the 10 year issue trading at 2.04%.

Italy auctioned €4.88b of bonds. While market headlines are emphasizing that Italian 3-year bond yields increased compared to an auction last March, yields are actually lower than they were over the past two trading days, with the yield on the 3/1/2015 bond having fallen from 4.1% to 3.86%.

While the bid-to-cover on smaller amounts of nearer-maturity bonds were low, auctions of longer maturity bonds (for instance a reopening of an 8/1/2023 bond) were better bid (bid-to-cover of 1.75) and their yields fell at auction (the yield on the 2023 bond was 5.81% two days ago, and is currently 5.55% according to Bloomberg). A comparable maturity Spanish bond is currently yielding 6.03%.

The European Central Bank reiterated that it can address upside risks to price stability in a “firm and timely manner.” It also said in the editorial to its Monthly Bulletin that inflation rates in the 17-nation currency bloc are likely to stay above 2% this year, with “upside risks” prevailing.

Industrial production across the 17-nation euro zone saw monthly growth of 0.5% in February and fell 1.8% compared to the same month last year, the European Union statistics agency Eurostat reported. Spanish Prime Minister Mariano Rajoy reportedly said at a press conference on Thursday that his country will not need a bailout such as that was seen in Portugal, Ireland and Greece.

Australia blew away expectations for job gains in March. It gained 44k jobs versus consensus expectations for. 6.5k gain. The A$ spiked about a half a US cent higher immediately following the report, and is up almost a full cent at the time of writing. Much of the rise was in part-time jobs (+28k) but even just the full-time rise of 15.8k would have exceeded consensus expectations. This may weigh against expectations for an RBA rate cut, but note that the RBA has signalled it is waiting for the next CPI report in any event, and that arrives only after next week’s rate decision. Looking for a connection on commodity producers in the wake of Canada’s out-sized 82k job gain during the same month? Not so fast.

Canada’s gains were skewed toward service industries, not natural resources, and overwhelmingly toward health care, information services, and the professional and scientific category

The UK had a fairly weak auction, selling £2.77b of paper maturing 6/7/2032 at an average yield of 3.01%. Bid-to-cover was 1.39. The UK February trade deficit came in substantially wider than markets had forecast, growing to £3.4b compared to £2.5b last month (that £2.5b was itself £800m worse than the initially announced £1.7b January deficit). The upshot is that trade will probably drag on UK GDP during Q1 2012. The drop-off was largely attributable to weak exports while imports were fairly flat. The base-effect drop-off in automotive exports was a major factor.

French CPI for March was released overnight and came in higher than markets had anticipated but in line with Scotia’s 0.8% m/m forecast. The gain was focused on the ‘clothing and shoes’ category, which was up a very large 11.7% m/m. earlier in April. Energy prices were up as well.

Bank Indonesia held its reference rate at 5.75%, in line with consensus. Accelerating inflation has been cited as a concern that will condition interest rate flexibility moving forward.