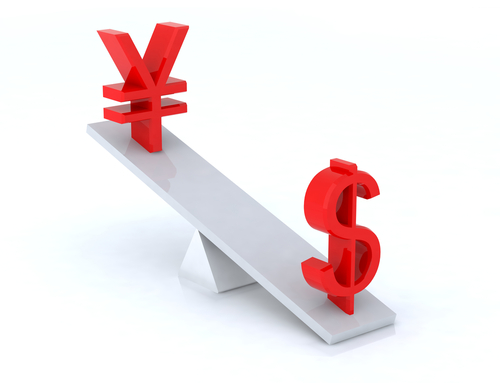 US Dollar Pulls Off Stronger Showing against the Yen

It’s not only Julia Child’s 100th birth anniversary that made the news today as the US Dollar hit a record high for the month, breaching the 79 mark against the Japanese Yen. Likewise, the US benchmark 10-year Treasury note was pegged at 1.81 percent, off-shooting Japan’s similar maturity security by 97 basis points. Forex news updates are abuzz with the US Dollars strong showing, but Tokyo traders are still projecting this mid-August trend to plateau and close the year at the same level.

Forex traders are still not inclined to go bullish on these and other major currencies as the global economy has yet to show strong signs of recovery. Japan’s indices are on the red as trading in the Asian markets remain thin, while major US indices such as the Dow, Nasdaq, and S&P all posted gains. Both economies have near zero interest rates, which do not exactly spell good forex news for traders. Investors in the forex market still favor second-tier currencies that include the Australian Dollar, the Canadian Dollar, and the New Zealand Dollar.

In other Asian forex news, the Chinese currency is also on a downtrend with exporters and trade partners opting for the US Dollar instead of the local Yuan. Investor confidence appears to be low as capital is being pulled out of the country, while local exporters holding on to their US Dollars. Chinese banks have recorded higher US Dollar purchases and a dwindling Yuan demand. This heavily contrasts with the hot money inflows experienced by the Chinese economy some four years ago. Foreign exchange analysts foresee a continued weakening of the Yuan in the currency market as event the Chinese taken to diversifying their investments and looking toward the overseas real property market.

This bit of forex news comes as good news for the US Dollar as it continues to appreciate against the Yuan. The outlook on the US Dollar against the Yuan is further boosted by talks of one of China’s oil giants offering to pump money into a clean energy project in the US state of Texas – a state that made the news a couple of days back when a 30-minute shooting incident was reported to have killed three people near the Texas A&M University campus. This financing agreement that involves several other Chinese banks has yet to be confirmed. The Chinese partner is said to provide $1 billion of the $2.5 billion estimated to complete the project. The US federal government is providing $450 million in funding for the same project.

While the US economy is tracing an uptrend against major currencies on the forex charts, local economists are still cautious about slacking off on its fiscal policies. There appears to be no need for the Feds to interfere during the third quarter of the year with their quantitative easing initiatives. But, whether there will be no further Fed stimulation required in the future still remains to be seen. Goldman Sachs economists meanwhile reported positive forex news on the US Dollar along with gains in the retail sales as well as in job market growth.

« Forex News EURO and US Dollar Woes Forex News: Forecast for the Week »