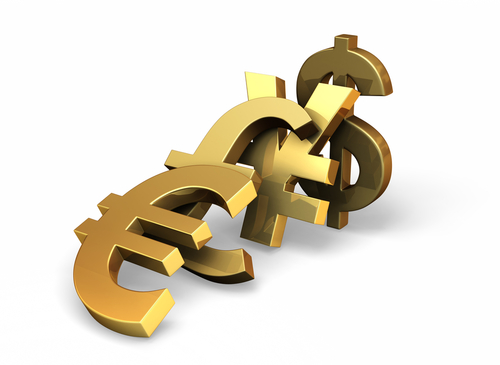 The opening week of August proved to be a roller coaster ride for the US Dollar. This is based on domestic movement as well as international movement. This article on Forex news will discuss several important events that contributed to the rise and fall of the US dollar.

Forex News: US Dollar vs. EUR

The Euro took a nosedive following the inability of the European Central Bank (ECB) to assure investors and world leaders on the short and long term viability of the EURO. First and foremost, Spain is bleeding capital because of faulty investments and the 10 year Spanish bond is not nearly enough to rally support for the currency. Second, in the long run, the failure of the ECB to provide a viable economic plan has investors running scared opting to invest in the US Dollar. Of course, risk aversion is still an issue but US news relevant to employment projections and another round of quantitative easing is good enough for a lot of investors. Nothing can be done as of the moment but wait for further developments.

So far, the Japanese Yen has capitalized on the weakness of the EURO vis a vis risk aversion spill over to the US Dollar. Of course the US Dollar is still going strong but the Japanese Yen has moved significantly in terms of pips for the first week of August 2012. This is as opposed to almost all major currencies. This is because investors are keenly looking for markets that are relatively unaffected by the EURO.  Investors should pay close attention to the contents of Fed Chairman Bernanke’s press conference.  This will determine if the US Dollar will rebound as against the Japanese Yen in the next few days.

Based on an in depth analysis of US crude oil stockpiles, the US needs more of this commodity to meet its projections for the short term and the long term. This means that the US will be driving up the price of crude oil. Hence international buyers can do one of two things. Buy now before it gets too high or wait a little bit longer when the US starts to ease its purchase of crude oil. Otherwise, they have to contend with the temporary increase in crude oil fueled by US needs and speculative trading.

Forex News: US Dollar vs. Gold

The price of gold has gone up and gone down for the past few days. This is because as opposed to oil, gold has been affected by the troubles faced by the EURO. Not to worry, though; the price of this commodity seems to be stable and is expected to slowly increase in pips mainly because right now, forex commodities seem to be a better option than the EURO and some might say even the US Dollar.

Forex News: US Dollar vs. Asia

Most of South East Asia is being battered by storms and monsoon rains. This has resulted in the slowdown of forex trading. Hence, investors in the US Dollar and in commodities should pay attention for news relative to cuts on interest rates in order to stimulate investments for the repair and putting up of infrastructure.

« Forex News: The Weak UK Economy Will Continue to Weigh on the British Pound The What, Why and How of the Best ECN Forex Brokers »