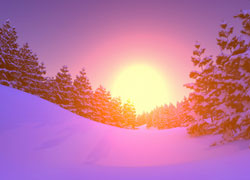 The Surprise of the Morning

The surprise of the morning, newly elected Greek Prime Minister and the new appointed Greek Finance Minister, have both become too ill to attend the EU Summit this week. At this time Greece will not be represented.

New flow today will be centered on the EU meetings and Spain’s official request for financial assistance. Otherwise the eco calendar is light and not much is expected to happen until mid week when events begin to rapid fire, as the month draws to a close.

Downgrades of Morgan, Credit Suisse Group AG and 13 other global banks, announced by Moody’s Investors Service after months of speculation about dire fallout, were met instead by rallies in stocks and bonds. The cost to protect Morgan Stanley’s debt against losses dropped, and the shares rallied as much as 4.6% in extended trading yesterday after the ratings firm cut the bank by two levels rather than a threatened three grades.

American markets rode back after Citigroup Inc. the lender whose credit rating was cut by Moody’s Investors Service to the lowest since its 1998 creation, led Wall Street banks in dismissing downgrades and urged investors to seek alternative analyses. Moody’s two-grade cut of ContiGroup’s ratings was unwarranted, arbitrary and failed to recognize the lender’s financial strength, the New York-based bank said in a statement.

European stocks fell on Friday as German business confidence declined to its lowest level in more than two years. European finance ministers battled over the strategy to contain the debt crisis, with creditor countries resisting leniency for Greece and playing down market concerns about the bailout of Spanish banks.

Spain’s banks would need as much as €78 bn in capital to withstand worst case economic scenario, according to two consulting firms hired by the government.

Taiwan’s jobless rate climbed for the second straight month in May as a growth slowdown in China and the European debt crisis hurt the export-dependent economy.

Japanese stocks fell snapped a two-day rally as US housing and jobs data missed estimates, stoking concern the global economy is slowing. Shares pared losses as the Yen’s drop to a five-week low against the dollar lifted exporters? outlook.

Gold up by 0.19%  in New York as some investors  bought purchases after prices rose the most since Sept.. More monetary stimulus from around the world including China, the European Central Bank and the Fed will not be crucial to keep investors positive to gold. Silver also up by 0.35%.

Oil rose by 0.25% to the highest price in almost one week on signs of an economic resilience (expected) in the US, however, supply also remained low. London-traded Brent crude rose from the lowest close in more than two weeks. Oil turned back down below the 80.00 price level in Asian trading Monday.

Copper declined by 0.21% to the lowest in more than five months in New York after data from the US and China fueled concern that demand was slowing in the two largest users.