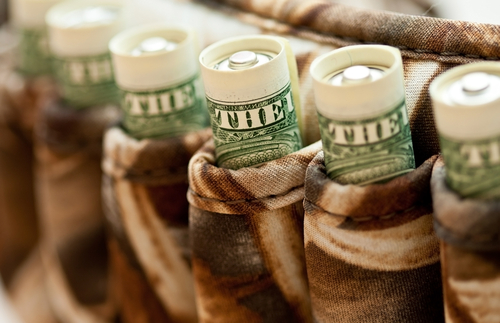 In an article featured by the Financial Times dated September 26, 2012, writer Alice Ross raised the possibility that the Fed’s new round of quantitative easing dubbed as QE3 may spark a currency war. Other countries, particularly Japan and Brazil have openly criticized the QE3 claiming that it is an intentional ploy by the Fed to keep the U.S. Dollar low against other currencies. A low dollar has the net effect of cutting down the export earnings of countries selling goods to the U.S. as well as making imports by U.S. traders from these countries more expensive. While a low dollar may be good to the U.S. economy, it can wreak havoc to the economies of its trading partners.

The Fed’s intention behind the QE3 is to inject more capital to the banking system by buying their long term debt instruments like mortgages. Fed is projecting that with more capital on hand, banks will start lending money to businesses which in turn will give the economy the big push it needs. Unfortunately, QE3 has a negative effect of weakening the dollar which actually started sliding down against other currencies even before the third round of quantitative easing was put in place two weeks ago.

Already, the BOJ increased its own bond buying program to bring down the value of the Japanese Yen against the U.S. currency in response to the QE3. Traders are speculating that a large scale BOJ intervention may be in the works according to the same Financial Times article, especially after its bond buying efforts failed to weaken the yen. Other countries which have expressly intervened to depend their respective currencies in the past are also likely to follow as they start to realize the crippling effect of a weak dollar to their own economy. This may ultimately lead to an unprecedented currency war according to some analysts.

Meanwhile, in the European front, Spain’s cost of borrowing has risen sharply, fueling speculations that Spain may finally avail of the ECB rescue plan. However, the stringent belt tightening measures being required from them by the ECB have already fired up separatist sentiments within the country, especially in the Catalonia region and among Basque separatists. The situation has placed the Spanish financial authorities in a queer ‘damned if you do, damned if you don’t’ kind of a ticklish situation.

The U.S. dollar, on the other hand, has remained resilient amid all these conflicting developments. Apparently comfortable at the current levels of the U.S. currency, the Fed is concentrating more in reigniting the local economy and less concerned with the likelihood of a currency war which the QE3 detractors have prophesied.