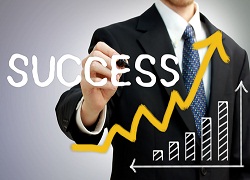 If traders read articles containing opinion from leading analysts in major institutions they’ll quickly realise that, at the very top of our food chain, indicators are used very effectively. Time after time articles will reference analysts at for example JP Morgan or Morgan Stanley and their use of certain indicators.

Articles in Bloomberg or Reuters, will often quote the use of oversold or overbought indicators such as the RSI and stochastics, or quote Bollinger bands and the ADX. Many traders at the very top of their profession in institutions actually use single or multiple indicators to base their decisions on. Similarly articles will often point to opinion regarding looming round numbers and simple moving averages such as the 200 SMA. However, despite the effectiveness of indicators there is a criticism that is hard to argue versus – that indicators lag.

That lack of predictive quality is what causes many traders to abandon indicator based strategies in favour of price action. Price action is, in the belief of many experienced and successful traders, the only trading method that can immediately represent investor sentiment and as such has the potential to lead as opposed to lag on a chart, particularly a daily time frame.

Despite the simplicity of price action it’s a trading paradox that new traders appear to need to experiment with indicator based trading methods before discovering and experimenting with what we term “price action”. One of the reasons being that many new traders become confused with the concept of higher highs or lower lows and lower highs, higher lows.

What is price action?

Price action is a form of technical analysis. What differentiates it from most forms of technical analysis is that its main focus is the relation of a security’s current price to its past prices as opposed to values derived from that price history. This past history includes swing highs and swing lows, trend lines, and support and resistance levels. At its most simplistic price action attempts to describe the human thought processes invoked by experienced, non-disciplinary traders as they observe and trade their markets. Price action is simply how prices change – the action of price. It is readily observed in markets where liquidity and price volatility are highest.

Traders observe the relative size, shape, position, growth (when watching the current real-time price) and volume (optionally) of the bars on an OHLC bar or candlestick chart, starting as simple as a single bar, most often combined with chart formations found in broader technical analysis such as moving averages, trend lines or trading ranges. The use of price action analysis for financial speculation doesn’t exclude the simultaneous use of other techniques of analysis, and on the other hand, a minimalist price action trader can rely completely on the behavioural interpretation of price action to build a trading strategy.

Despite the overall simplicity there is a method of price action trading that simplifies the process even further – by using Heikin Ashi candles singularly without any trend lines, pivot point levels or using key moving averages such as the 300 SMA.

The simplicity of Heikin Ashi candles

Trading with Heikin Ashi candles simplifies the overall concept as there’s far less to look at, analyse and make decisions from. The ‘reading’ of the candles, in terms of price behaviour, becomes simplified, particularly in comparison with using ordinary candlestick patterns which do require a lot more skill and practice to decrypt.

For example, with Heikin Ashi there are principally only two candle patterns on the daily chart that may indicate a turn (a reversal in sentiment); the spinning top and the doji. Similarly if traders use a hollow or filled candlestick setting on their charts the filled candlestick or bar represents bearish conditions, whereas the empty hollow candlestick indicates bullish sentiment.

Thereafter the only other requirement to gauge sentiment is the actual shape of the candle. A long closed body with a significant shadow equals a strong trend, particularly if that pattern is repeated over several days’ candles. Comparing and contrasting this with attempting to decipher sentiment using ordinary candlesticks lends ammunition to the theory that trading using HA candles is far simpler, yet loses none of the supposed predictive nature price action trader’s favour.

For new and fledgling traders Heikin Ashi offers up a tremendous opportunity to discover the benefits of trading from a clean and uncluttered chart. It provides a perfect ‘half-way house’ solution between indicator based trading and using traditional candlesticks. Many traders actually try experimenting with Heikin Ashi and stay with it given its simplicity and effectiveness as the clarity and efficiency displayed on daily charts offers up some of the best interpretation methods available.