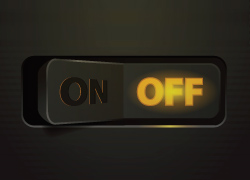 Power To The People, But Not To Certain Greek Ministries

Nov 17 • Between the lines • 3220 Views • Comments Off on Power To The People, But Not To Certain Greek Ministries

It’s impossible not to admire the bravado, the implied statement and indeed the ironic humour of the union who killed the power to a Greek ministry building on Wednesday. The Greek public electricity workers’ union flipped the switch on the country’s health ministry building in Athens in order to protest over the massive unpaid state bills to the utility. A union statement says the four-hour power cut was decided as the ministry owes the Public Power Corporation (PPC) €3.8 million ($5.1 million). they insist the state has run up a total €141 million ($191 million) debt to PPC. The ministry said the building was expected to be reconnected on Wednesday. The PPC workers’ union is protesting a new property tax that is being levied through household electricity bills with people who don’t pay facing the prospect of having their power supply cut.

Thousands will protest in Athens on Thursday to warn Lucas Papademos’ new government that despite parliament’s backing for more austerity steps, many ordinary Greeks are not ready to endure further years of painful belt-tightening.

Even by the standards of the current mayhem enveloping Europe Italy’s current political situation creates a sharp intake of breath. The new unelected government has no politicians, only unelected technocrats selected by the unelected prime minister Mario Monti. President Giorgio Napolitano swore in a 16-member government on Wednesday, including three women, at his palace on Wednesday afternoon, ending a chaotic political crisis that has placed Italy at the centre of the euro zone’s burgeoning problems.

Speaking after presenting his cabinet to the president Monti said:

We feel sure of what we have done and we have received many signals of encouragement from our European partners and the international world. All this will, I trust, translate into a calming of that part of the market difficulty which concerns our country. The absence of political personalities in the government will help rather than hinder a solid base of support for the government in parliament and in the political parties because it will remove one ground for disagreement.

U.S. And European stocks fell in Wednesday’s trading sessions, erasing yesterday’s gains in the benchmark indexes. Fitch Ratings said further contagion from Europe’s debt crisis poses a risk to American banks. The euro weakened, while oil climbed to a five month high above $102 a barrel. Stocks slid to their lows of the session in the final minutes of trading after Fitch said that while U.S. lenders have “manageable direct exposures” to Greece, Ireland, Italy, Portugal and Spain, further turmoil in those markets poses a “serious risk.” Benchmark U.S. indexes briefly erased losses earlier as Federal Reserve Bank of Boston President Eric Rosengren said the Fed may need to coordinate with the ECB on fighting turmoil in credit markets. JPMorgan and Goldman Sachs are among the world’s biggest traders of credit derivatives and have disclosed to shareholders that they have sold protection on more than $5 trillion of debt globally, both refuse to provide a full picture of potential losses and gains from a default, giving only net numbers or excluding some derivatives altogether.

The Standard & Poor’s 500 Index lost 1.7 percent to 1,236.91 at 4 p.m. in New York. Most stocks in the Stoxx Europe 600 Index retreated. The euro slipped 0.6 percent to $1.3460 after losing as much as 0.8 percent. Credit-default swaps insuring Italian and Spanish debt retreated from records and Italy’s 10-year yield fell as the European Central Bank bought the nations’ debt. Oil rallied as Enbridge Inc. planned to reverse the direction of a pipeline, potentially alleviating a bottleneck that had reduced prices.

Credit-default swaps on Italy dropped 18 basis points to 576, while contracts on Spain were down 11 basis points at 470. The yield on the 10-year Italian security declined six basis points to 7.00 percent, while the equivalent-maturity Spanish yield added eight basis points to 6.41 percent. French 10-year yields rose three basis point to 3.71 percent and the nation’s borrowing costs relative to benchmark German bunds retreated from a euro-era record.

The pound slid for a third day against the dollar after a report showed U.K. unemployment rose in the three months through September as joblessness among young people climbed above 1 million for the first time since at least 1992. The jobless rate climbed to a 15-year high of 8.3 percent. The FTSE 100 Index of stocks lost 0.2 percent.

Oil fell from the highest in more than five months in New York on speculation that prices have risen too fast amid concern Europe’s debt crisis will affect the economy of the U.S., the world’s biggest crude consumer.

Futures slipped as much as 1 percent after closing above $100 a barrel yesterday. Crude’s relative strength index rose above 70, indicating prices may have advanced too fast, while equities tumbled after Fitch Ratings said U.S. banks face a “serious risk” that their creditworthiness will deteriorate if Europe’s debt crisis worsens. London-traded Brent’s premium to West Texas Intermediate narrowed for a seventh day.

« Forex Trading Is Chess Boxing Déjà Vu, The Uncanny Sense That We've Been Here Before »