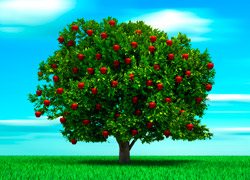 Even if I Knew That Tomorrow the World Would go to Pieces, I Would Still Plant my Apple Tree

Nov 24 • Between the lines • 3974 Views • 1 Comment on Even if I Knew That Tomorrow the World Would go to Pieces, I Would Still Plant my Apple Tree

“Even if I knew that tomorrow the world would go to pieces, I would still plant my apple tree.” – Martin Luther, German scholar.

Germany was THE news on Wednesday, so much so that those commentators searching for the dislocating ‘Lehman moment’ wondered if we’d finally experienced it. The fact that Germany’s latest bond auction was “technically uncovered” is a huge issue and no one should underestimate the ‘tipping point’ this represents. For those who’ve used the kicking the can down the road metaphor the can has been kicked down the blind alley and finally hit the wall. Many financial news outlets and market commentators described the bond failure on Wednesday as “a disaster”, for once that description might not prove to be an understatement.

But that was only one issue relating to Germany the other, as mentioned in our previous notes, was German Chancellor Angela Merkel’s unequivocal and absolute resolution versus the ECB becoming the lender of last resort.

“The European currency union is based, and this was a precondition for the creation of the union, on a central bank that has sole responsibility for monetary policy. This is its mandate. It is pursuing this. And we all need to be very careful about criticising the European Central Bank. I am firmly convinced that the mandate of the European Central Bank cannot, absolutely cannot, be changed. I find it extraordinarily inappropriate that the European Commission is suggesting various options for euro bonds today – as if they were saying we can overcome the shortcomings of the currency union’s structure by collectivising debt. This is precisely what will not work.” – Angela Merkel..

Despite being portrayed as the obstinate obstacle to the supposed potential healing process, is Ms. Merkel actually the only sane voice of reason amongst the European elite politicians? Her dignified and calm navigation of the crisis, whilst so many are now rabidly salivating at Germany’s abject refusal to ‘print and be damned’, is admirable. Is the German stance in fact the correct medicine the system actually needs?

“How soon ‘not now’ becomes ‘never’.” “Peace if possible, truth at all costs.” – Martin Luther.

Germany failed to get bids for 35 percent of the 10-year bonds offered for sale, elevating borrowing costs in Europe higher and the euro lower on concern the region’s debt crisis is driving away investors. Total bids at the auction of securities due in January 2022 amounted to 3.889 billion euros, out of a maximum target for the sale of 6 billion euros, according to Bundesbank data. Six of the last eight bond sales by Germany have been “technically uncovered,” with fewer bids than the maximum amount on offer, Norbert Aul, a rates strategist at RBC Capital Markets in London, said in an e-mailed note.

Under the German auction system, the central bank retains securities at sales for the secondary market. In today’s offering, the debt agency allotted 3.644 billion euros of the securities, leaving the Bundesbank to retain 2.356 billion euros, or 39 percent of the supply. That’s the highest proportion of unsold debt at a 10-year sale since 1995, according to Bloomberg data. The securities were sold at an average yield of 1.98 percent. In the secondary market, the rate rose to 2.13 percent.

German bonds have returned 8.2 percent this year, according to indexes compiled by Bloomberg and the European Federation of Financial Analysts Societies. French bonds have gained 0.9 percent and Belgian securities have dropped 3.3 percent, the indexes show.

The S&P 500 lost 2.2 percent to 1,161.79 at 4 p.m. in New York. The MSCI Emerging Markets Index extended its longest slide since 2009. Oil lost 1.9 percent, while the euro weakened to a six-week low after Germany failed to find buyers for 35 percent of the bonds offered at an auction. Ten-year German yields climbed 23 basis points and France’s rose 16 points.

The S&P 500 extended its November tumble to 7.3 percent. Stocks in the index are valued at less than 12 times estimated earnings, compared with 14.7 times at the end of last year. The index ended the session down 15 percent from a three-year high at the end of April and 26 percent below its record in 2007. The benchmark gauge of U.S. equity has rebounded 5.7 percent from its 2011 low in October, trimming a gain of as much as 17 percent. Financial shares in the S&P 500 have fallen 13 percent as a group to lead the market’s November slide, with Goldman Sachs Group Inc. and Bank of America Corp. trading at their lowest prices since the bear-market bottom in March 2009.

Crude fell 1.9 percent to $96.17 a barrel in New York. Gold for December delivery lost 0.4 percent to $1,695.90 an ounce as the stronger dollar decreased demand for the precious metal as an alternative investment, while copper futures retreated 1.7 percent.

Italian 10-year bond yields rose 15 basis points to 6.97 percent even as the ECB bought the nation’s debt, according to three people with knowledge of the transactions, who declined to be identified because the trades are confidential. A spokesman for the ECB in Frankfurt declined to comment today.

The dollar strengthened against all 16 major peers and the Dollar Index, a gauge of the currency against six major counterparts, rose 0.9 percent to 79, the highest on a closing basis since Oct. 4.

The euro weakened against 10 of 16 major peers, falling 0.6 percent against the yen and slipping for a fourth straight day versus the Swiss franc, the longest run of declines in more than two months.

The pound declined 0.6 percent to $1.5538 as Bank of England minutes from this month’s meeting showed policy makers were unanimous in their decision to keep the target for asset purchases this month, as some officials said an increase in stimulus may be needed in the future. British bonds advanced, pushing 10- and 30-year gilt yields to record lows.

Analysts surveyed by Bloomberg gave a median quarterly prediction of 0.5% for UK GDP, the same as the previous quarter. Year-on-year the figure was also predicted to be 0.5%, also remaining unchanged from the previous figure.

« Six Degrees Of Separation Now Shrunk To Three Or Four, But For Bank Contagion It's One The End Of The Road »