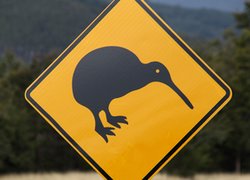 New Zealand A Diamond In The (Economic) Rough

New Zealand’s current account deficits have led to a build-up of net financial liabilities, mainly in the form of debt borrowed from overseas to fund the deficits. This is the same as most of the world over the past 4 years, although New Zealand has kept it to a minimum and has managed their budgets and spending quite well. They have even been able to survive a devastating earthquake without much damage to their finances.

Record high levels of dairy exports after a bumper grass growing season have seen the current account deficit shrink about $800 million to $2 billion in the December quarter.

The deficit also narrowed as foreign investors received lower dividends from New Zealand shares and profits earned by foreign owned companies in New Zealand fell. The New Zealand statistical agency figures show the seasonally adjusted December quarter shortfall of $2b was $0.8b less than the September quarter. That was primarily due of a higher goods surplus, with dairy exports the main factor driving up total goods exports by about $600m in the quarter.

Exports of dairy products reached record-high levels this quarter, as shown in the balance of payments reports.

Spending by international tourists coming to New Zealand increased just $0.1b, to $1.8b in the quarter, despite the impact of the Rugby World Cup, which ended in late October. For the year 2011 New Zealand’s current account deficit was $8.3b or 4% of GDP, compared with a deficit of $8.8b the prior quarter.

This comes ahead of tomorrow’s fourth-quarter GDP figures, which are expected to show New Zealand’s economy grew at a pace of 0.6% in the period. The data has been okay-to-good and indicates a positive recovery. New Zealand, seems to be recovering nicely, with a positive GDP report tomorrow, the markets might just take a look at moving some money to the kiwi.

« Britain On The Mend Says BoE It’s Time for a Run on the Markets, so What's Holding us Back? »