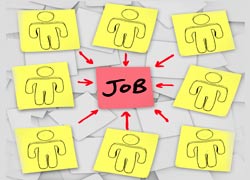 William C. Dudley, President of the Federal Reserve Bank of New York said today that “real economic activity has yet to be strong enough on a sustained basis to make a big dent in the overall amount of slack in the U.S. economy,” and he pointed to falling participation as support for his view that labor-market gains are exaggerated.

About 50% of the drop in unemployment since September “was due to a declining labor-force participation rate,” Dudley said in a speech in Melville, New York. Had the rate not fallen “from around 66 percent in mid-2008 to fewer than 64 percent in February, the unemployment rate would still be over 10 %.”

It is “very important” to look not just at unemployment, you must view the economy as a whole and not just break it into little bits and pieces. Fed Chairman Bernanke responded to questions during a Senate Budget Committee hearing in Washington last month. “The 8.3% no doubt understates the weakness of the labor market in some broad sense. “Some people are leaving the workforce because they can’t find jobs, and others are taking part-time jobs because they can’t find full-time employment” he said.

Bill Smyth, Senior Analyst at BNS Management LLC, said he supports Bernanke’s view, particularly given the modest pace of the recovery. The U.S. economy will grow 2.2 percent this year, according to the median response among 70 financial analysts surveyed from March 9 to March 13. The U.S. expanded 1.7 percent in 2011.

“The unemployment rate has dropped more than would be expected, given the slow growth,” said Lieberman, a retired Fed Member. If you use mathematics and analysis to determine the jobs lost, the jobs added and the number of people who are in the labor force and those that have been displaced, the numbers do not balance. The 8.3% is missing a lot of people who have just vanished from the work force.

The pace of decline in unemployment will slow while the inflow back into the labor market is absorbed, unless growth accelerates significantly.

While Bernanke counters that the falling participation rate reflects these cyclical changes, Bernanke and his FOMC colleagues “are really ignoring their own work on the subject,” Smyth said.

The first of the baby boomers reached retirement age last year and everyday forward an additional 10,000 will reach retirement for the next 17 years. This not something new, this information has been used to analyze not just the economy but social security, retirement funds, and Medicare.

The Fed study predicted what the authors called a “conservative” three percentage-point decline in the participation rate during the next decade. It already has fallen 2.5 percentage points since the end of 2006, to 63.9 percent, with the participation rate among people in the prime working ages of 25 to 54 falling to 81.6 percent in February from 83.4 percent in January 2007.

Demographics, not the poor economy, “are the driver” behind people leaving the workforce, people are just aging off the roles, but as side earlier this was already expected and would not have changed regardless of the economic situation.