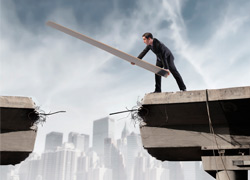 Europe’s leaders will once again gather in Brussels for the latest ‘make-or-break’ summit on Thursday night through to Friday evening amid mounting evidence that eurozone banks are already insolvent and in the eye of the storm of a fresh credit crunch. The European Central Bank has announced that various banks across the continent have already borrowed $50bn (£32bn) under the emergency measures announced jointly with other major central banks last week. That’s five times the level expected by market insiders, underlining the strains in Europe’s banking markets. Banks across the EU will be told on Thursday how much capital they will be forced to raise to fix their battered finances.

Figures released have shown how urgently some institutions needed help. Italian banks had to borrow €153bn in emergency liquidity from the ECB in November, up from €111bn at the end of October, according to Bank of Italy data released on Wednesday. Reliance on the central bank has almost quadrupled since June, when Italian lenders took €41bn.

The European Banking Authority (EBA) should have released details on Wednesday evening of what individual banks have to do in order to shore up their balance sheets to deal with the crisis. In some member countries, that is likely to require government bailouts of cash-strapped lenders.

The ECB is already under severe pressure to ease the pressure on Europe’s banks because of mounting evidence that the continent faces at best a recession and at worst a slump, with rising unemployment and factory closures. Banks are finding it harder to borrow capital from each other, with loans to the “real economy” at fresh lows. The ECB may allow banks to borrow from it over two to three years versus the current maximum of a year.

However, the size of the $50bn bailout underscores fears that Europe’s leaders face a race against time. Sir Mervyn King, the Bank of England governor, said last week that he believed a credit crunch was under way in Europe. Standard and Poor’s has warned that it could downgrade eurozone governments’ debt across if no deal is reached this week.

French President Nicolas Sarkozy and German Chancellor Angela Merkel are proposing to amend European treaties to tighten rules on deficit spending and water down provisions demanding investor losses. In a joint letter to European Union President Herman Van Rompuy, the leaders said they want a decision at the EU summit tomorrow so that the measures can be ready by March 2012.

The European Central Bank may announce an array of measures tomorrow to stimulate bank lending. Options on the table include loosening collateral criteria and offering banks longer-term loans to grease the flow of credit to the economy, and two of the officials said an interest-rate cut is likely.

On Wednesday night the rating agency Standard & Poor’s piled on the pressure by placing all large banks in the eurozone on negative credit watch. That means powerhouses such as Deutsche Bank and France’s BNP Paribas are at risk of being downgraded by the rating agency, adding to unease about the state of the continent’s banks. “We intend to resolve the CreditWatch placement on these banks soon after the resolution of the CreditWatch placement on the related sovereign,” S&P said today in a statement.

Market Overview
The Dow rose 46.24 points, or 0.4 percent, to close at 12,196.37 and the Standard & Poor’s 500 Index advanced 0.2 percent at 4 p.m. New York time. The euro was little changed at $1.3412, recovering from a loss of as much as 0.4 percent. Ten- year Treasury yields decreased for the first time this week, losing six basis points to 2.03 percent. The S&P GSCI Index of commodities slumped 0.9 percent as sugar, coffee, gasoline and wheat lost more than 2 percent.

The S&P 500 erased an earlier loss in the final hour of trading after Nikkei reported that the Group of 20 nations is considering a $600 billion International Monetary Fund lending program to supplement Europe’s efforts to tame the sovereign debt crisis. Stocks trimmed gains in the final minutes as CNBC said the IMF denied the report.

« One Step Forward One Step Back Bundesbank Bunkers Down »