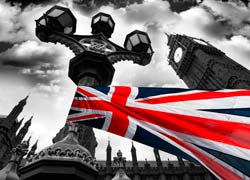 Les Rosbifs Get A Roasting From Sarkozy Whilst Oil, Gold And Silver Plummet

Dec 15 • Between the lines • 2067 Views • Comments Off on Les Rosbifs Get A Roasting From Sarkozy Whilst Oil, Gold And Silver Plummet

Lingering tensions between Britain and France over the future of the EU will have intensified from Wednesday onwards after Nicolas Sarkozy accused David Cameron of behaving like “an obstinate kid” after Cameron stunned the EU by using the British veto at the European summit late last week. Cameron has indicated that he was prepared to confront France and Germany after Sarkozy’s critical comments.

It’s the first time that we have said ‘no’ to the English. Cameron behaved like an obstinate kid, with a single obsession; protecting the City, which wants to carry on behaving like an offshore centre. No country supported him. That is the mark of a political defeat. Objectively, it was a good coup. I manoeuvred well. The whole world recognised that my proposal was the only possible course. The accord will perhaps not put an end to the crisis, but it is a tool for facing up to it. The dynamism of the Franco-German axis enabled us to rally 26 countries.

German Chancellor Merkel reiterated both her and her government’s opposition to euro bonds as an overall solution to the Eurozone sovereign debt crisis, while European Central Bank council member Jens Weidmann broke ranks by stating that policy makers are becoming increasingly more skeptical that the ECB’s debt purchases are actually working. Merkel said there’s now no turning back after last week’s European summit deal on stricter budget controls, with the path to fiscal union in the euro region now “irreversible.” “There are no simple and fast solutions,” Merkel told her lower-house lawmakers.

European and U.S. stocks fell significantly for a third day in series, the euro finally slid below the psychologically important $1.30 level for the first time since January whilst commodities sank dramatically as growing funding stress in Europe fuelled concern the region is struggling to contain the debt crisis and growth will therefore be hampered.

The Dollar Index, which tracks the U.S. currency against those of six trading partners, advanced 0.4 percent to 80.543, gaining for a third day and reaching the highest level in 11 months. Norway’s krone weakened against 12 of its 16 main counterparts after the nation’s central bank cut its benchmark rates by more than economists forecast.

« Hedging Your Bets, The Advantages Of Multi Pair Currency Trading And Trading Against Your Own Trend The False Promise Of Forex Education Courses »