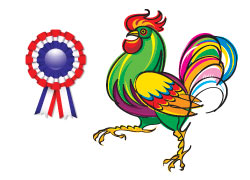 Nicolas Sarkozy can’t watch a film released in May exploring why his wife left him on the same day he was elected as he needs to “protect his sanity”. The film, La Conquete, (The Conquest) covers Sarkozy’s second divorce from Cecilia Attias and his rise to power until his election in 2007. It showed at the Cannes Film Festival in May and it features a number of potentially embarrassing scenes for the French president; him waking up alone at a hotel on the Champs-Elysees after celebrating his election victory, and his colorful use of language throughout. In an interview with a French magazine, Mr Sarkozy, who has so far remained quiet about the film, said he had “absolutely no desire” to see it.

“I don’t usually read what is written about me, because it never makes me happy. If it’s critical I find it unfair, and if it’s complimentary, it never goes far enough, so what’s the point? I respect the freedom to create, and feel people are expecting me to try and stop this film screening at Cannes, or that I want to see it alone first so I can censor it, but not at all. Don’t talk to me about recent English films on living politicians, like those by Steven Frears about Tony Blair or Gordon Brown. Those films didn’t intrude on their private lives, like this one apparently does on mine, and without having checked the most basic facts. As you know, my life has changed a lot since that time, and it’s also out of respect for my wife Carla that I won’t see it. Basically it’s to protect my sanity. Narcissism is never a good thing, and too much narcissism will drive you mad.”

We can only hope and pray G. Papa hasn’t pushed the narcissistic high heel wearing President to the edge, or that the film isn’t on screen in honour of Sarkozy’s visit to the incredibly upmarket town to discuss the austerity measures that Greece has to suffer in order that tinsel towns such as Cannes continue to thrive in its rarified Disneyland style existence. G. Papa’s inclusion of the democratic process, in the form of a potential referendum in Greece, has apparently angered the Merkozy alliance who have apparently summoned him into a private meeting (or two) in Cannes ahead of the G20 meetings that are scheduled to take place over the next few days. What does he say, what does he have to say to the Merkozy act given he’s outsmarted the good and great of the EU? This is surely one conquest that Sarkozy cannot pull off despite the hard ball rhetoric and implied threat that Greece won’t get a cent of fresh bail out cash until they adopt the bailout and austerity measures without question.

“Hey Nic, wazzup? How’s Carla and the baby dude? You da man, still don’t know how you pulled her, nice work you slick old dog, it was the power trip right? Hey, some girls dig it man, why not use it baby? You’re looking smooth buddy, you’re looking a bit taller, new shoes? Hey Ange, hey, listen luv, really sorry about those posters all over Athens and in the papers depicting you as Waffen SS, bad taste that, but come on you can tell me, does the hubby ever ask you to dress up like that? To be honest those old English repeats of ‘Allo ‘Allo with the girl dressed up in the German uniform used to really get my juices flowing…” Anyway guys, something on your minds? Shoot..”

Perhaps the Greece officials have finally come around to the conclusion many of us economists and market commentators realised months back; when your country is being stiffed with bond bills of anywhere between 150-200% give it up. Just ‘give it the finger’ and move on. You can’t fight that punishment, you can’t win and it’s not honourable to pay back such punitive sickening costs. Default, do an Argentina. Orderly, disorderly who cares, as only 2.5% of the EU GDP does it matter what Greece does, really? Well here’s the thing, it’s not the “contagion” that has the banking and political elite petrified, it’s the concern that if Greece puts two fingers up to the system (and G Papa is depicted as a domestic hero) nothing will stop Silvio Berlusconi from being next, and if that shoe drops it’ll be terminal to the matrix like system the exclusive banking elite have created.

French President Nicolas Sarkozy has said on Wednesday evening that the Greek referendum (to be pencilled in for Dec. 4 or Dec. 5) will determine Greece’s future in the euro. Greece must adopt the entire bailout package in order to receive payment of the sixth tranche of aid, Sarkozy told reporters in Cannes, France, today after talks with Greek Prime Minister George Papandreou and German Chancellor Angela Merkel. According to Sarkozy; European leaders are seeking a coordinated, firm, definitive strategy to combat the region’s debt crisis, he said. Europe can’t have a prolonged period of uncertainty.

The chairman of euro zone finance ministers, Jean-Claude Juncker, said Greece could go bankrupt if voters rejected the bailout package. European Commission chief Jose Manuel Barroso urged Greeks to unite in support of the bailout plan, warning that the alternative would be too ghastly to predict.

Without the agreement of Greece to the EU/IMF program, the conditions for Greek citizens would become much more painful, in particular for the most vulnerable. The consequences would be impossible to foresee.

There are no concrete plans yet so it’s too early to talk about further investments in these tools. At present there’s no specific plan that people have clear understanding of.

Federal Reserve Chairman Ben S. Bernanke stated that unemployment is still “far too high” and the Fed may take further steps to boost growth, such as buying mortgage bonds or changing the way it communicates its policy goals to the public at the latest FOMC meeting. Bernanke and the panel have cut their growth forecasts for 2012 and said unemployment will average 8.5 percent to 8.7 percent in the final three months of next year, up from a prior range of 7.8 percent to 8.2 percent.

The medium-term outlook relative to our June projections has been downgraded and remains unsatisfactory. Unemployment is far too high, I fully sympathise with the notion that the economy is not performing the way we would like.

The Standard & Poor’s 500 Index close up 1.6 percent at 1,237.90 at 4 p.m. in New York. The Stoxx Europe 600 Index closed up 0.9 percent. The Dollar Index slipped 0.2 percent, reducing an earlier drop of 0.7 percent. Treasury ten year yields were static at 1.99 percent after rising 9 points earlier. The euro gained versus 10 of 16 major peers as European leaders turned up the pressure on Greece to accept a bailout. Copper halted its two-day drop and oil rose.

Economic calendar data releases that may affect the morning London and European sessions.

This is a monthly survey of UK purchasing managers that measures their views on the business outlook in the services sector. The responses recorded by the survey are used to compile an index, the headline figure of which lies between 1 and 100, indicating growth above a figure of 50, but contraction beneath 50 (50 represents the so called ‘boom-bust’ line). The analysts polled by Bloomberg showed a median forecast of 52, as compared with last month’s figure of 52.9.