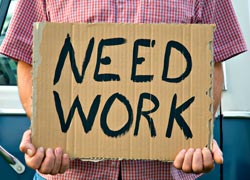 Land Of The Free, The Brave, And The Ignored Living In Abject Poverty

Nov 18 • Between the lines • 3178 Views • Comments Off on Land Of The Free, The Brave, And The Ignored Living In Abject Poverty

There are times when you read some stats. contained in an article or press release and it leaves you dumbstruck as to how broken and dislocated the financial system appears to be, particularly in the USA. Before we concentrate on the latest USA child poverty figures it’s worth noting another series of stats. The number of ‘millionaires’ and ‘billionaires’ in the USA is breathtaking, underpinning that is a series of five metrics that illustrate just how deep the divisions have burrowed over recent decades, but none more so than over the past decade.

Today there were figures published by the USA Census revealing the child poverty rates in the USA. Now we can all term poverty “relative”, comparing absolute poverty in the USA to that of areas in India, Africa and Asia is perhaps insulting to those experiencing hardship beyond our imagination, but the fact that the richest country on the planet has allowed a situation to manifest, were over a third of its children are now officially growing up in poverty, is a shocking condemnation of the American ‘way of life’. The number of people living in poverty has reached an all-time high in the United States, despite the country’s position as the wealthiest in the world. Its gross domestic product per capita of $47,184 was 3,095 percent more than India’s $1,477 in 2010.

The number of children in the United States considered poor rose by 1 million in 2010, the U.S. Census said on Thursday, with nearly one in three of the youngest Americans now living in poverty. In 2010, when the Census survey was conducted, 32.3 percent of children across the country were poor, compared to 30.8 percent in 2009. The figures reflect the overall state of the economy. The national poverty rate stands at 15.3 percent and the unemployment rate is at 9 percent some two years after the recession that began in 2007 officially ended.

In 24 states and Washington, D.C., more than 20 percent of those up to 17 years old lived at or below the poverty threshold. The Census found that the percentage of white children in poverty increased in 25 states in 2010 from the year before.

Children who live in poverty, especially young children, are more likely than their peers to have cognitive and behavioural difficulties, to complete fewer years of education, and, as they grow up, to experience more years of unemployment. White and Asian children had poverty rates below the national average, while black children had the highest poverty rate at 38.2 percent. The poverty rate for Hispanic children was 32.3 percent, and children identified with two or more races had 22.7 percent living in poverty. About one of every three children in poverty lived in one of the four most populous states, each of which saw increases in the number and the percentage of children in poverty between 2009 and 2010.

Whilst these devastating figures hit the newswires Members of a Congress deficit-reduction committee considered scaling back their efforts on Thursday amid a Republican split over taxes and mounting doubts of reaching a deal by next week’s deadline. The 12-member “super committee” has until midnight on Wednesday, the day before the Thanksgiving holiday, to reach a deal to cut U.S. deficits by at least $1.2 trillion over 10 years.

Despite the abject poverty figures the USA Congress is scrambling for ‘smart’ ways to ensure wealth is protected for the elite few by dumping socialised debt obligations onto the poorest. As to how much more of the debt burden this same group of 90 percent, who currently service 73 percent of the total debt, can take on board before collapsing remains to be seen.

Market Overview
The Standard & Poor’s 500 Index lost 1.7 percent to close at 1,216.13 at 4 p.m. in New York, with losses accelerating as it fell below levels watched by traders including its average over the past 100 days. The euro was little changed at $1.3459 after climbing as much as 0.6 percent. The S&P GSCI Index of commodities slid 2.9 percent, the most since September, as silver and gasoline tumbled at least 4.5 percent.

The dollar strengthened against 11 of 16 major peers and the Dollar Index rose for a fourth straight day, rising 0.4 percent to 78.293. Gains in U.S. Treasuries sent the 10-year yield down four basis points to 1.97 percent.

German Chancellor Angela Merkel said that neither joint euro-area bonds nor using the ECB as a lender of last resort offer solutions to the debt crisis at present.

There are no significant economic data releases that may affect sentiment during the morning session.

« The Rocky Trail Of Trailing Stops Can Help To Lock In Your Forex Profits Can A Two Speed Europe Be The Route Forward, Or Will The Divisions Render It Unworkable? »