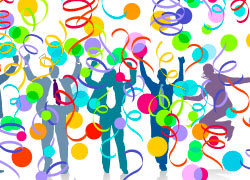 Morgan Stanley’s focus on cost cutting, combined with its strong performance in equity trading, helped the Wall Street bank post better-than-expected results. But it’s not for it’s better than average results that the bank deserves faint praise, it’s for the accompanying announcement, in relation to bonus cutting, that the bank deserves congratulations…however muted..

Responding to a difficult environment and public outcry, Morgan Stanley will inform employees that bonuses will drop, with cash payouts capped at $125,000. Top executives will receive nothing, their 2011 payouts deferred until end 2012. The bank will defer any bonus past $125,000 until December 2012 and December 2013. The members of Morgan Stanley’s operating committee will defer their entire bonuses for the year.

Morgan Stanley is likely to cut compensation by 30% to 40% for many of its traders and bankers, especially those focused on fixed income. Stock trading and parts of investment banking will likely be spared pay cuts, but liable to have bonuses deferred. The roughly 40 people on Morgan Stanley’s management committee will see 85% of their bonuses deferred. The average of deferment, for all employees to whom it applies, will rise to about 75% from 65%.

The firm is taking a different approach with more-junior employees, or those without titles such as managing director, executive director or vice president. Those employees, who often use their bonus money for living expenses, will see only 25% or less of their overall bonuses deferred. Those employees who are paid less than $250,000 in overall pay won’t have deferrals applied to their bonuses.

The bank reduced non-interest costs by 6 percent in the quarter, which was more than analysts had estimated. But it still struggled to cut its single largest expense – compensation. Morgan Stanley set aside $16.4 billion, or 51 percent of net revenue, for compensation last year, a higher portion than its Wall Street peers.

The bank had limited ability to reduce pay due to severance costs related to layoffs, deferred obligations that came due in 2011 and higher productivity of financial advisers, which made them eligible for bigger paycheques.

Morgan Stanley Results
Morgan Stanley’s revenue dropped 26 percent in the fourth quarter, to $5.7 billion, compared with a year earlier, the weakest revenue figure for the bank since the second quarter of 2009. The loss was due to a charge of $1.7 billion, or 59 cents per share, related to a bond insurance settlement with MBIA which had been previously announced.

Morgan Stanley’s loss from continuing operations of 14 cents a share was better than the loss of 57 cents a share that Wall Street analysts had expected on average, according to Thomson Reuters.

Market Overview
U.S. Equities rose for a third day as Bank of America posted a profit and jobless claims slid, European equities and the euro climbed as French and Spanish borrowing costs decreased at auctions.

The S&P 500 has gained 4.5 percent this year, the best start to a year since 1997, as U.S. economic reports and speculation that China will loosen monetary policy outweighed concern that downgrades for European nations would worsen the debt crisis.

Initial jobless claims fell by 50,000 to 352,000 in the week ended Jan. 14, the lowest level since April 2008, Labor Department figures showed. Other reports showed builders began work on fewer houses than forecast in December, while the cost of living in the U.S. was little changed last month for a second month.

Crude oil slipped 0.2 percent to settle at $100.39 a barrel after the Energy Department said gasoline use dropped to 8 million barrels a day last week, the lowest level since September 2001. Stockpiles of the motor fuel climbed 3.72 million barrels to 227.5 million, a 10-month high.

A measure of how much sales volumes have changed at retailers throughout the UK. The report also reports the numbers broken down for food stores and predominantly non-food stores. The headline figure is the seasonally adjusted percentage change from the previous month and the previous year. The figure is also adjusted for inflation.

« Never In The Field Of Human Conflict Was So Much Owed, By So Many, To So Few IMF Slashes Its Global Growth Forecast For 2012 »