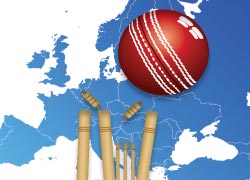 3,2,1, You're Back In The Room, The UK Agrees That It May Have To Stump Up Funds To The IMF To Help The Eurozone

Chancellor George Osborne has suggested that Britain could increase its payments to the International Monetary Fund in order to help heal Europe’s debt crisis. Osborne told the UK parliament on Wednesday that he could be swayed by a “well-argued” case, although funds could not be pumped straight into the eurozone, presumably the funds would be washed through the IMF to then be given to the Eurozone.

This would serve as a political face saving exercise due to the UK govt’s recent veto. Mr Osborne has presumably finally woken up to the fact that no one ‘refuses’ the IMF, or perhaps the Tory section of the collation have had a ‘light bulb moment’ and realised that helping your leading trader partner/area might actually be good business, after all the UK showed no reluctance in coming to Ireland’s rescue, it’s nearest Eurozone neighbour, early in 2011..

Slowly but surely the news agenda is shifting focus back to the severe plight of the Eurozone PIIGS. The Greek prime minister will hold talks over the country’s debt reduction deal tomorrow. Government insiders insist negotiations are proceeding well. However, there are reports that the IMF will be pumping billions of extra euros into the Greek rescue package.

Talks about private sector creditors paying for part of a second Greek bailout are going badly, senior European bankers said on Wednesday, raising the prospect that euro zone governments will have to increase their contribution to the aid package. An IMF source told Reuters if the deal with private bondholders does not help reduce Greece’s debt, then Europeans would have to provide more financing for the next rescue package or the IMF may be unwilling to commit more money for Athens.

There are suggestions in euro zone government circles that ministers are realising they may need to bolster the planned second bailout if the voluntary bond swap scheme falls short of expectations. Providing more money would be politically difficult in Germany and other countries in the northern part of the currency bloc.

German newspaper Handelsblatt said in a preview of a story to be published on Thursday that according to IMF calculations, there was a hole in the “significant tens of billions” in the Greek aid package that would have to be plugged.

According to a weekend report in German magazine Der Spiegel, the IMF believes Greece will still be sinking under the burden of its debts even after a bond swap deal is struck, and that further measures may need to be taken if the country is to avoid default.

New economic data showed that the German economy shrank in the last three months. The contraction took the shine off Germany’s 3% growth during 2011, but didn’t prevent a bond sale going well today.

The euro had a turbulent day. The single currency rallied after Angela Merkel said Germany could put more money into the European Stability Mechanism, but then fell sharply on rumours that S&P was about to downgrade France. There is a “significant” chance that Italy will have its credit rating downgraded this month, an executive at the ratings agency Fitch has said. David Riley, Fitch’s head of global sovereign ratings, cited the lack of a plan to halt the eurozone crisis, coupled with Italy’s high debts. Fitch warned last month that Italy and five other eurozone countries were all at risk of downgrade. Another Fitch spokesman said he did not foresee a downgrade of France in 2012.

Market Overview
Most leading U.S. equities rose marginally and by the close in NY the Standard & Poor’s 500 Index had at one point reached a five-month high for a second day as gains in banking and technology shares helped the market recover from an earlier fall due to growing signs Europe might be slipping inexorably back into a recession. Commodities and the euro also fell.

The Stoxx Europe 600 Index lost 0.4 percent after yesterday’s 1.8 percent rally. The euro weakened against all but three of its 16 major counterparts, declining 0.5 percent versus the yen. The Dollar Index rose 0.6 percent to 81.299, snapping a two-day retreat.

A Bloomberg survey gives a median forecast of a month-on-month decrease of -0.20%, for UK manufacturing production compared with the last figure of -0.70%. The year-on-year estimate is -0.50% versus +0.30% previously.

A survey of analysts gives a median reading of a month-on-month change of -0.30% for Eurozone industrial production, compared with the previous release of -0.10%. Another Bloomberg survey forecasts a change of +0.20% year-on-year, compared with the last released figure of +1.30%.

Analysts surveyed by Bloomberg predict that the ECB will leave the eurozone interest rate at 1.00%, however, a surprise reduction by 0.5% shouldn’t be ruled out.

« The Pensions Time Bomb Are We All Done With Shopping? »