The week beginning July 1st ended as it began in the FX market, 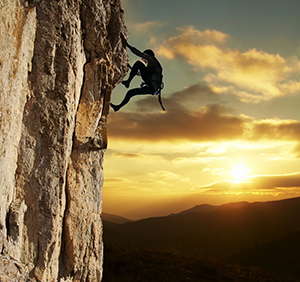 with virtually all the medium to longer term forex trends on the major currency pairs remaining unbroken. The euro continued its downward trend versus all of its major peers whilst the greenback continued its upward trajectory.

The euro’s slump continued post the ECB’s base rate decision and after Mario Draghi, the president of the ECB, held court at his post decision press conference. Similarly sterling continued its recent slump after the new BOE governor Mark Carney issued his “forward guidance” proclamation, whilst giving fore-warning that monetary easing (QE) may well be back on the MPC’s ‘menu’, as a BOE economic stimulus measure, in August.

Yen displayed further weakness, this weakness was somewhat exaggerated versus other currencies displaying weakness, such as the Aussie and the Loonie (Canadian dollar) where yen lost considerable ground over the past week. Fundamental decision making by the BOJ, still pursuing what is referred to as “Abenomics” by way of open ended QE similar to the USA Fed, is causing a continual flight from yen. In a correlated trade the Nikkei index continues to rise; each day of the week beginning July 1st the Nikkei Index closed higher.

The most traded of currency pairs continued its downward trend last week, the latest trend began with a reversal of the previous bullish trend ending on June 18th-19th. Once the 200 simple moving average was breached on June 26th bearish sentiment has prevailed. The Heikin Ashi candles, when plotted on a daily chart, became more conclusive and bearish throughout the week, with the week ending with Friday’s candle being closed with a downward shadow.

Looking at the most preferred indicators for trading ‘off the dailies’ lends more support to the view that, barring some shock fundamental event, this current trend will retain its current momentum. PSAR is above price, RSI is yet to breach 30 not yet suggesting an oversold currency pair, the MACD is negative whilst the histogram continued to print lower lows throughout last week. The DMI, on an adjusted setting of 20 to help filter out noise, also remained negative whilst printing lower lows on the histogram. The stochastics, adjusted to a setting of 9,9,5 have reached the oversold zone of 20, however, they’re yet to turn upwards from the zone that generally indicates an oversold security.

Cable has followed a similar pattern to EUR/USD over recent weeks. The sentiment for this major currency pair changed to bearish on June 18th-19th, since which time the ‘sell off’ has been parabolic. The pair began its slump after breaching the 200 simple moving average on its upward trajectory on or around the 18th-19th. Since rejecting this critical level the pair has lost circa 800 pips.

The Heikin Ashi cable candles, when plotted on a daily chart, are currently bearish, whilst all the commonly used trading indicators when trading ‘off the dailies’ are exhibiting bearish tendencies. PSAR is above price, the DMI adjusted to a level of 20 continued to find lower lows, whilst the MACD is equally negative and printing lower lows on the histograms. The stochastics (adjusted to 9,9,5 in an attempt to filter out ‘noise’) have yet to turn bullish still remaining below the twenty zone and the RSI reading is 30 suggesting the currency pair is not oversold.

USD finally breached the 100.00 level versus yen during last week’s trading sessions to end the week at circa 101.20. Once again, in a similar pattern to both cable and EUR/USD, the previous trend ended on the 18th – 19th June and the current bullish trend shows now immediate signs of reversing. All the trading indicators that have rendered EUR/USD and cable bearish are equally in force were USD/JPY is concerned.

As with currency pairs already covered the most commonly used indicators preferred for trading ‘off the dailies’ are all bearish with very little evidence from the indicators or Heikin Ashi candles that a reveres in trend is imminent.

The DJIA has proven difficult to trade over recent weeks. A ‘classic’ return to the ‘risk on risk off’ paradigm had looked likely from the 18th-19th June when the index slumped and safety was sought in the dollar, however, that pattern was short lived as once again, by the week beginning July 1st, the index rose, as did dollars. 15,000 naturally began to present an organic psyche level, the index has since recovered from its late June level to register over 15,150.