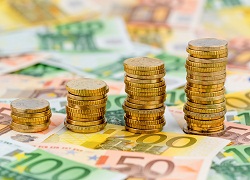 In a busy day for high impact news events on Tuesday the Flash Consumer Confidence Indicator for EU and Euro Area came in above the previous readings. In April 2014, the DG ECFIN flash estimate of the consumer confidence indicator increased in both the EU (by 0.8 points to -5.8) and the euro area (by 0.6 points to -8.7) compared to March. Following this news we had a raft of news concerning the USA economy, starting with house sales and house price increases…

Existing home sales appear to have reached a recent peak in the USA as the latest sales for March remain subdued according to the NAR. However, house prices edged up once again according to the Federal Housing Finance Agency (FHFA) monthly House Price Index (HPI). The index rose 0.6% in February.

Moving away from house prices and the wider housing industry according to the most recent survey by the Federal Reserve Bank of Richmond the manufacturing sector has improved in April as the volume of new orders increased. Employment also rose, while wages advanced at a slower rate.

Looking at the indices in Europe they rose sharply on Tuesday after the Easter recess with the DAX rising by over 2% and the CAC index rising by circa 1.18%.

One interesting reading that is rarely referred to in currency markets is the JPMorgan Chase & Co’s Group of 7 Volatility Index. Volatility among major currencies fell to the lowest since 2007 on Tuesday as global central-bank balance sheets continue growing, driving more liquidity into financial markets, even as the economy worldwide recovers. JPMorgan Chase & Co’s Group of 7 Volatility Index dropped to 6.63 percent mid-afternoon New York time, approaching the record low of 5.73 percent reached in June 2007 and down from a record 27 percent in October 2008, shortly after the collapse of Lehman Brothers.

Existing-home sales were flat in March, while the growth in home prices moderated, according to the National Association of Realtors. Sales gains in the Northeast and Midwest were offset by declines in the West and South. Lawrence Yun, NAR chief economist, said that current sales activity is underperforming by historical standards.

There really should be stronger levels of home sales given our population growth. In contrast, price growth is rising faster than historical norms because of inventory shortages.

Fifth District manufacturing activity improved in April, according to the most recent survey by the Federal Reserve Bank of Richmond. Shipments and the volume of new orders increased. Employment rose, while wages advanced at a slower rate. The average workweek was unchanged from a month ago. Manufacturers looked for stronger business conditions during the next six months, although expectations were below last month’s outlook. Compared to last month’s outlook, survey participants anticipated somewhat slower growth in shipments, new orders, and capacity utilization. Manufacturers also looked for slower growth in employment and wages.

U.S. house prices rose in February, with an increase of 0.6 percent on a seasonally adjusted basis from the previous month, according to the Federal Housing Finance Agency (FHFA) monthly House Price Index (HPI). The seasonally adjusted purchase-only index for the U.S. has shown increases for the last three months despite a harsh winter season. The 0.1 percent decrease in November 2013 ended a 21-month trend of price increases that had begun in February 2012. The previously reported 0.5 percent increase in January was revised downward to 0.4 percent. The FHFA HPI is calculated using home sales price information from mortgages.

The pound rose to the strongest level in seven weeks versus the euro amid speculation Bank of England minutes tomorrow will show policy makers are moving closer to raising borrowing costs. The pound added 0.1 percent to 82.05 pence per euro after gaining to 81.98, the strongest since Feb. 28th.

The Australian dollar gained 0.4 percent to 93.67 U.S. cents after rising as much as 0.5 percent, the biggest increase since April 10th. The Aussie gained versus most of its 16 major counterparts before the government releases its consumer price index tomorrow.

The benchmark 10-year yield was little changed at 2.73 percent late afternoon in New York. The price of the 2.75 percent note maturing in February 2024 traded at 100 9/32. The yield reached the highest level since April 4th.

The Treasury’s auction of $32 billion of two-year notes drew a more-than-forecast yield that approached the highest since 2011 amid speculation the Federal Reserve will raise interest rates before the debt matures. The two-year auction yield compared with 0.469 percent in March, the highest level since a sale in May 2011. The bid-to-cover ratio, which gauges demand by comparing total bids with the amount of securities offered, was 3.35, compared with an average of 3.32 for the past 10 sales.

From Canada retail sales are anticipated to have risen by 0.5%, from the USA the reading for flash manufacturing PMI is predicted to come in at 56.2. New home sales in the USA are expected in at 455K. From New Zealand we’ll receive the decision on the base rate expected to come in at 3.00% rising from 2.75%. The RBNZ will publish a statement regarding their interest rate decision.

« Aussie rises as the RBA signals that it has inflation under control and will maintain interest rates at their current level I’m going to try FX trading once more what should I do differently this time? »