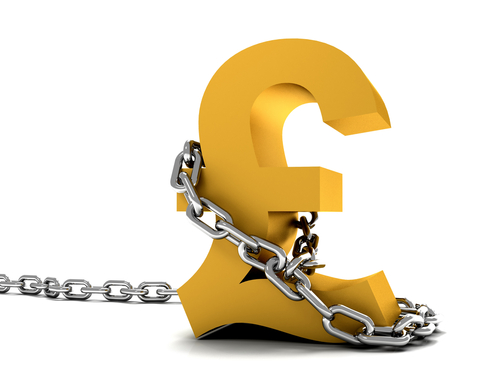 Forex News: The Weak UK Economy Will Continue to Weigh on the British Pound

Aug 8 • Market Analysis • 1879 Views • Comments Off on Forex News: The Weak UK Economy Will Continue to Weigh on the British Pound

The British Pound gained ground against the USD and the other European Currencies in early trading Tuesday after a report showed UK manufacturing output in June fell by 2.9%. Manufacturing output represents 25% of the total UK Gross Domestic Product. Traders acted positively to the reported lower-than-forecast decline.

Analysts predicted a much bigger month on month decline of 4.3% in manufacturing output earlier. Traders took the pound to as high as 0.7931 against the Euro and 1.5157 against the Swiss Franc in early trading. Against the USD, the Pound continued last week’s rebound trading above the 23.6% retracement level of 1.5660 and is nearing the 38.2%  Fibonacci level at 1.5670 as of 6:20 am Eastern Time.

The traders’ positive sentiment for the pound was further boosted by a report released by the British Retail Consortium showing UK retail sales unexpectedly rising in July by 0.1% while the annual retail sales rose by 2% year on year.

Traders downplayed the decline in manufacturing output and giving more weight to the statistical office observation that the decline may have been due to the additional bank holiday for the Queen’s Diamond Jubilee Celebration and the transfer of the May bank holiday to June.

However, despite these figures implying an upward revision of .07 percentage points to the second quarter GDP figures, the Societe Generale Cross Asset Research believes these developments hardly affect UK’s underlying weak economic picture. They believe that further monetary easing can be expected.

In a recent survey made by Bloomberg News, majority of the 16 economists polled believe that the UK may be in for a prolonged recession. They see the Bank of England possibly lowering its growth and inflation forecasts. They also see BoE Governor Mervyn King being softer to the idea of conducting more quantitative easing. They believe that a series of dismal data in the following weeks will weigh heavily on the Pound that may have to struggle to maintain its current range. The UK economic data may be slightly better than its European counterparts may but the longer-term picture still looks grim.

For the coming days, traders will be focusing on some important economic data coming from the UK. Among these are:

The Halifax Housing Price Index is another indicator, which traders will be focusing in. Housing prices were largely unchanged in the last Three months but analysts are forecasting a 4% decline for August.