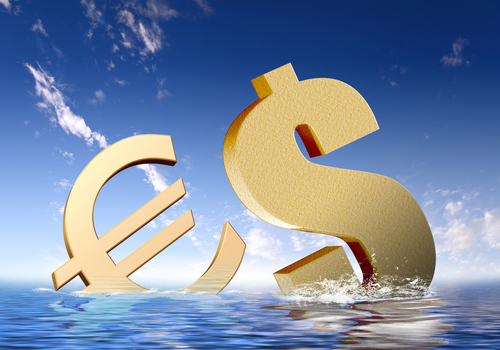 Forex news in relation to the Euro no longer shocks traders; and headlines on the US Dollar seem to always start with the word “Volatility”. This is one of the more outrageous statements coming from some sectors in Forex. Of course, traders still grit their teeth at the losses they are incurring but as a general rule, there are more defeated faces with slumped shoulders than shocked faces with outraged stances. Regardless of whether or not these statements are accurate, why don’t you try to gauge your reaction to the following news?

The Euro took heavy losses for the second day in a row. EUR/USD closed at 1.2284 and EUR/JPY closed at 96.90. There are several reasons behind the same but these are old news (i.e. ECB inability or incompetence, USD volatility, risk aversion, etc. What is more pressing, according to some financial experts is that the EURO crisis must not result in a general “consumer malaise” which is characterized by consumers clamming up on their incomes and refusing to spend the same. If this happens, the EURO will be in for a very, very bad holiday season resulting in another series of losses in the Forex market.

The start of the week sees some traders going into safe haven currencies while others waiting for more news before making their move. This is because this week the following information relevant to the EURO is set to be released:

Traders should bear in mind that France and Germany are arguably the two riches countries in the European Union; hence, GDP figures and economic sentiments will drive demand for the EURO.

Let’s start with the bad news. The EURO remains at a below its stellar performance 1 week ago after ECB President Mario Draghi vowed to do everything necessary to keep the value of the EURO amidst Spanish debt woes. Of course, this vow was never followed up by relevant policies and actual solutions as stated by the ECB, hence the current situation. Now for the good news, finally the EURO rose higher than the US Dollar. This was after a 4-day slump. Of course some economist argue that this is just the result of position squaring by traders because the rise is not in any way related to any substantial bit of information from the weekend. Simply put this is only a case of traders biding their time.

The first point to consider is the fact that the EURO has time and again exhibited “bearishness” as opposed to other major currencies and commodities. A second point to consider is that the US, while exhibiting volatility has done well for itself considering and is about to release a reach stream of economic data. This will result in the ECB and Draghi being pitted against the promise of more stimuli from the U.S.