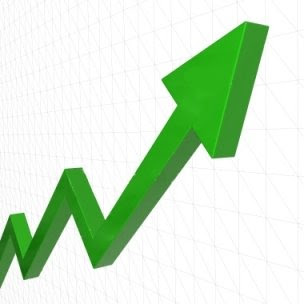 U.S. stocks rose for a second day after companies from Intel Corp. to Honeywell International Inc. reported profit that beat estimates and housing starts increased to the fastest rate in almost four years.

Asian stocks rose, with the benchmark index headed toward its biggest gain in almost three weeks, after U.S. housing starts jumped to the highest level in four years.

Today markets are expected to open on a positive note and likely to remain firm during the day.
The Bank of Japan (BOJ) scrapped a 0.1% yield floor for government bond purchases, opening the door to the possibility of buying debt with negative returns. The central bank removed the limit on purchases of securities with maturities of one year or less in its so-called Rinban operation.

New U.S. home construction rose in June to the highest level in almost 4 years, indicating the residential real estate market is strengthening even as other parts of the economy cool. Housing starts rose 6.9% to a 760,000 annual pace after a revised 711,000 rate in May that was faster than initially estimated.

Fed Reserve sought to assure lawmakers the Fed can limit inflation while providing record stimulus and won’t allow consumer prices to rise in return for faster economic growth. It will be a similar pattern to what we’ve seen in previous episodes where the Fed cut rates, provided support for the recovery, and when the recovery reached a point of takeoff where it could support itself on its own, then the Fed pulled back, took away the punch bowl, Bernanke said.

The yen advanced against most major counterparts as concern about the implementation of measures to stem Europe’s debt crisis supported demand for Japan’s currency as a haven. The talk of the markets yesterday was Wall Street earning reports and corporate activities around the globe

Adidas to close its only factory in China Adidas AG is closing its only company-owned sportswear factory in China later this year to streamline manufacturing. Spokeswoman Sabrina Cheung said China remained a key market for sourcing goods for Germany-based Adidas with more than 300 supplier partners in the country.

Tycoons to start talks with BP on buying TNK-BP stake A group of Soviet-born tycoons said it had notified BP of its intention to start talks on increasing its stake in Russia’s third largest crude producer, TNK-BP. BP put its stake in TNK-BP up for sale on June 1 after a breakdown in relations with the AAR consortium, with which it shares control over a firm that accounts for almost a third of BP’s total crude output.