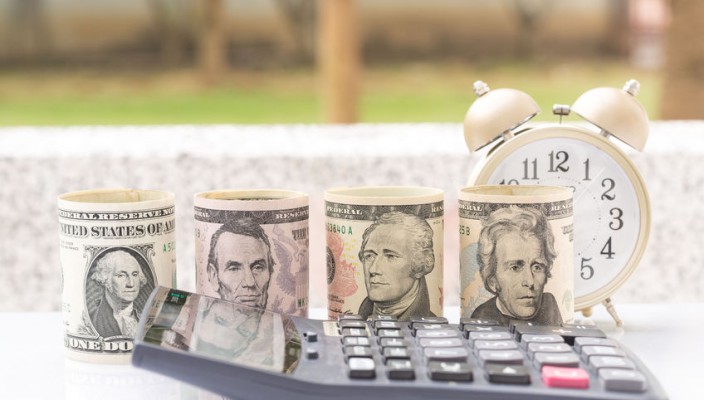 (Reuters) – The dollar built on last week’s gains and rose toward a 16-month high on Monday as traders expect the U.S. Federal Reserve to keep tightening monetary policy, but sterling remained under heavy pressure amid uncertainty over a Brexit deal.

The Fed has reaffirmed its plan to raise interest rates by 25 basis points in December, followed by two more potential rate hikes by mid-2019 on the back of an upbeat economy and rising wage pressures.

The greenback has also benefited from a broader move away from riskier assets due to U.S.-Sino trade tensions, China’s economic slowdown, Brexit uncertainty, and the standoff between Rome and the European Union over Italy’s plan for a big-spending budget and wide fiscal deficit.

The dollar index (DXY) against other major currencies edged up 0.1 percent on Monday to 97.02, just below its 16-month high of 97.2 hit on Oct. 31. The dollar index has strengthened four weeks in row, gaining 0.4 percent last week.

“The dollar index was firm all last week, bouncing back after the (U.S.) mid-term election results. Looking ahead, moves will be driven by the developments around the Italian budget and Brexit politics,” said Sim Moh Siong, currency strategist at Bank of Singapore.

The dollar gained 0.1 percent on the Japanese yen which quoted at 113.98 on Monday, near a 6-week low of 114.08. The dollar has been preferred over the yen because of the diverging monetary policies of the Fed and the Bank of Japan.

While the Fed is on track to raise interest rates, the BOJ is expected to keep its monetary policy ultra-loose in the face of slow growth and inflation.

The widening interest rate differential between U.S. and Japanese bonds has made the dollar a more attractive bet than the yen, which is often used as a funding currency for carry trades.

The British pound lost 0.25 percent to $1.2941 amid increasingly fraught tensions within British Prime Minister Theresa May’s government over whether she can produce an orderly exit plan from the European Union.

With less than five months before Britain is due to leave the EU on March 29, negotiations are still stuck over a backup plan for the land border between British-ruled Northern Ireland and EU member Ireland, should they fail to clinch a long-term deal.

Four British ministers who back remaining in the European Union are on the verge of quitting Theresa May’s government over Brexit, the Sunday Times reported, adding to the political uncertainty.

“Eventually, the EU and May will come to a deal. Both parties want to conclude the deal, but the only risk is whether May will still be prime minister. I expect sterling to remain choppy in its recent wide range,” added Sim Moh Siong.

The euro (EUR=) traded at $1.1329 on Monday, down 0.05 percent. The single currency lost ground versus the dollar in the previous three trading sessions as investor confidence weakened due to the standoff over Italy’s budget.

The European Commission rejected Italy’s 2019 budget last month, saying it flouted a previous commitment to lower the country’s deficit. The EU gave Rome until Tuesday to present a revised version of the budget.

The Australian dollar gained 0.1 percent versus the greenback to $0.7232. The Aussie has rallied more than 3 percent in the last two weeks on the back of stronger than expected trade data and a less dovish Reserve Bank of Australia.