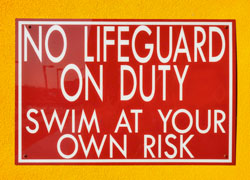 According to the International Monetary Fund (IMF) chief economist Olivier Blanchard the accord agreement reached by European countries during the summit on Friday morning of last week, calling for deeper economic integration, is a huge step in the right direction but falls far short of a complete solution for the euro zone’s debt crisis.

European leaders agreed in Brussels on Friday to draft a new treaty for far deeper euro zone economic integration, although Britain, the region’s third-largest economy, by ‘vetoing’ refused to join the other 17 euro member states and the nine other EU countries in the fiscal union.

EU leaders also agreed that the euro zone states and others should provide circa 200 billion euros in bilateral loans to the IMF to tackle the crisis, 150 billion euros coming from countries in the euro currency.

“I’m actually more optimistic than I was a month ago, I think there has been progress. What happened last week is important: it’s part of the solution, but it’s not the solution. A lot of the volatility is coming from statements from Europe, showing the range of opinions and inability to get to a logical decision process. The commitment to give us 200 billion euros makes a major difference in the sense that we can now go out and talk to other countries and say, ‘the Europeans have given us money, can you help? Whether this gives us the whole bazooka or not, I hope so.” – Blanchard..

Increased involvement by the International Monetary Fund (IMF) in the euro zone’s problems and efforts to stem the sovereign debt crisis would be an act of desperation, the outgoing European Central Bank chief economist Juergen Stark has stated, calling for a quantum leap by the currency bloc.


It would be an act of desperation,” he was quoted as saying. Stark said he envisaged an informal panel of experts to check on member states’ budgets. “That would be the nucleus for a future European finance ministry.

Germany’s top central banker at the Bundesbank has cooled speculation that the European Central Bank will extend its role as European leaders pressed their case that a new fiscal accord would finally deliver the region from its two year old debt crisis.

Bundesbank President Jens Weidmann told the Frankfurter Allgemeine Sonntagszeitung that although the new accord represents progress the onus is still on individual countries’ governments (as opposed to the Frankfurt-based ECB) to resolve the crisis with individual sovereign financial backing. German Finance Minister Wolfgang Schaeuble said euro-area policy makers now need to focus on implementing the Dec. 9th financial pact in order to strengthen the revised budget rules as quickly as possible.

“The mandate for redistributing taxpayer money among member states clearly does not lie in monetary policy. Financing of sovereign debt through central banks is and remains forbidden by treaty.” – Weidmann.

Overview
Japanese stock futures in early trading in the Asian session whilst Australian stocks rose after European leaders expanded their bailout fund and tightened anti-deficit rules, boosting investor demand for riskier assets. Futures on Japan’s Nikkei 225 Stock Average expiring in March closed at 8,645 in Chicago on Dec. 9, up from 8,520 in Osaka, Japan. They were bid in the pre-market at 8,630 in Osaka, at 8:05 a.m. local time. Australia’s S&P/ASX 200 Index gained 0.5 percent today. New Zealand’s NZX 50 Index added 0.2 percent in Wellington.

Futures on the Standard & Poor’s 500 Index have fallen by 0.2 percent in early trading. The index rose 1.7 percent in New York on Dec. 9 after European leaders in Brussels tightened anti-deficit rules and agreed to boost their rescue fund by as much as 200 billion euros ($267 billion) by funneling money to the International Monetary Fund. They outlined a “fiscal compact” to prevent future debt run-ups and accelerated the start of a planned 500 billion-euro rescue fund.

Stocks also gained as confidence improved among consumers in the U.S., the world’s biggest economy. The Thomson Reuters/University of Michigan preliminary index of consumer sentiment rose to 67.7 in December from 64.1 in November, beating estimates.

In China, customs data released Dec. 10 showed the weakest export growth since 2009. Overseas shipments rose 13.8 percent last month from a year earlier, while the excess of exports over imports fell by 35 percent.

Crude oil for January delivery rose $1.07 to settle at $99.41 a barrel on the New York Mercantile Exchange. It was the biggest gain since Nov. 29.