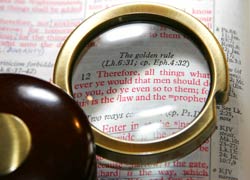 China Reminds The USA Of The Golden Rule Of Business

Greece officials claim the troika is moving the goal posts in order to force them out of Europe whilst oil spikes on rumors that Iran is beginning to choke supply off to Europe. Meanwhile, whilst visiting the USA, China refuses to budge on any issues reminding the USA of the golden rule of business; “he who has the gold makes the rules..”

As the finishing line is finally in sight for the Greek odyssey and crisis there appears to be mixed messages from the various parties. The troika, the Greek ministers and the Eurogroup officials appear to be incapable of projecting a unified commitment or message of support. As to whether tension between the various interested parties is now manifesting as D-Day approaches, or if there is genuine permanent barrier to reaching a conclusion remains to be seen.

However, given the enormous investment of time and energy, not forgetting billions of euros of money, that has gone into fashioning an ultimate solution it would be inconceivable that the overall plan could fold due to either minor details, petty squabbles with personalities, or lack of translation being the stumbling block.

Greece is being forced out of eurozone according to the Greek finance minister Venizelos. The Greek finance minister is convinced that the troika is, at this late stage, shifting the terms of €130bn bailout deal as part of move to force country out of eurozone. Greece has now met all conditions set by the European Union and International Monetary Fund for the lifeline, Finance Minister Evangelos Venizelos told reporters in Athens after the 3 1/2-hour telephone consultations.

Euro-area finance ministers have extracted further concessions from political leaders in Athens in order to pave the way for the endorsement of a 130 billion-euro aid package next week.

While further considerations are necessary regarding the specific mechanisms to strengthen the surveillance of program implementation Europe is set to make all the necessary decisions” on Feb. 20.

Greece’s plea for more aid on top of the 110 billion euros awarded in 2010 has stirred recriminations with taxpayers in better-off countries rebelling against further handouts. Each day brings Greece closer to a March 20 bond redemption when it must make a 14.5 billion-euro payment, or become the first country in the euro’s 13-year history to default.

Greece made “substantial further progress” by outlining 325 million euros in additional savings and providing written pledges from the leaders of its two main parties not to backslide on the budget cuts, Juncker said.

A delayed decision on public support for Greece until after the still-unscheduled election would risk snagging a separate component of the package: a bond exchange by private investors designed to wipe 100 billion euros off of Greece’s debt.

China welcomes the United States playing a constructive role in promoting the peace, stability and prosperity of the Asia-Pacific region, and at the same time we hope the U.S. side will truly respect the interests and concerns of countries in the region, including China. The world is currently undergoing profound changes, and China and the United States face shared challenges and shoulder shared responsibilities in international affairs. We should further use bilateral and multilateral mechanisms to enhance coordination between China and the United States on hotspots, including developments on the Korean peninsula and the Iran nuclear issue.

History demonstrates that whenever each side handles relatively well the issues bearing on the other side’s core and major interests, then Sino-U.S. relations are quite smooth and stable. But when it is the contrary, there are incessant troubles. Washington should abide by the one-China policy and take concrete actions to oppose Taiwanese independence. We also hope that the United States will truly implement its recognition that Tibet is part of China and its vow to oppose Tibetan independence, acting prudently in issues concerning Tibet.

Europe’s GDP Holding Steady Due To Germany And France
Europe’s economy shrank less than economists forecast in the fourth quarter of 2011 as better than predicted performance in Germany and France helped lessen the blow of the region’s first contraction since 2009. Gross domestic product in the 17-nation euro area fell 0.3 percent from the prior three months, the first drop since the second quarter of 2009 EU’s statistics revealed today.

Market Overview
U.S. equities and the euro fell as concerns grew that Greece was moving inevitably closer to default whilst Federal Reserve minutes showed policy makers were divided on buying more assets – another round of Q.E. Oil led gains in commodities on reports that Iran halted shipments to Europe.

Brent oil for April settlement gained $1.58, or 1.4 percent, to $118.93 a barrel on the ICE Futures Europe exchange. The European benchmark contract’s premium to New York-traded West Texas Intermediate closed at $16.79.