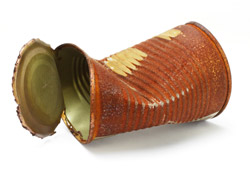 Cannes We Fix It? No We Can’t

It’s been bonfire “weekend” in the UK. Lots of the festivities and many of the organized displays now have funfairs running alongside. Not so great as parents, as your pockets get emptied, but if indirectly the proceeds go to the organizers then all’s good given many of the shows are put together by volunteers and charities, many local events are community spirited and inward looking. The main event is the fireworks and then there’s the various funfair stalls, you know the script. The Hoopla stall were you get given hoops to throw around a post, but the hoops don’t fit, or you’re given a ‘pillow light’ soft ball to try and knock several cans off their perch..it’s a con and painless distraction..

Amongst the constant fireworks of the Eurozone crisis the Hoopla with the hoops (that can’t pass over the post) is Greece. This side show, picked over endlessly despite the end result being obvious, refuses to die. The hoops are the bonds and the post is the market. 50% ‘haircuts’ are irrelevant to their overall bond debt, Greece knows it, the market knows it, the Merkozy alliance knows it.

Let’s indulge in some simplistic ‘back of a beer mat’ maths, Greece is being lent money mainly from one year to ten year terms at rates (at the upper extreme) at between 85%-225%. The outstanding capital debt is circa €440bl and rising. If these debts are cut by 50%, the interest rate remains the same and the debts have to be paid back over anywhere between one and ten years how could Greece, in its current predicament (facing a negative GDP in 2012 of 5.5%) possibly ‘honour’ its obligations? It can’t, they cannot possibly recycle this debt over and over.

The banks and institutions who lent at these rates are equally irresponsible as arguably Greece has been of it’s domestic finances. Greece will default, all’s that’s left is the invention of a new branding and euphemism to describe default. The perfect opportunity to rebrand the concept of default would arrive if the EU took the initiative by expelling countries who don’t adhere to the imposed austerity measures. This pro-active approach would go a long way to restoring confidence.

The EU senior officials and ministers, and the pioneers who may still pull some levers in the background, can’t bear the thought that the political integration, over and above the monetary integration, will be put at risk. Similarly exit from the Eurozone by any member has to leave such terminal scars that no other country could think of it an easy option, they have to be cast out as pariahs, if not others will line up to take the easy option and this form of ‘contagion’ could signal the end of the euro.

The misdirection concerning Greece continues to camouflage the real and present danger Italy is currently mired in with the ECB now threatening to stop Italian bond purchases. Italy’s untenable debt has €166 billion (in debt and interest) due for payment in 2012 and it simply doesn’t have the facility or reserves to pay it.

The European Central Bank has discussed the possibility of ending the purchase of Italian government bonds in the past if it concludes Italy is not adopting promised reforms. ECB Governing Council Member Yves Mersch said. “If we observe that our interventions are undermined by a lack of efforts by national governments then we have to pose ourselves the problem of the incentive effect.”

Asked if this meant the ECB would stop buying Italy’s bonds if it did not adopt reforms it has promised to the European Union, Mersch, who heads Luxembourg’s central bank, replied:

If the ECB board reaches the conclusion that the conditions that led it to take a decision no longer exist, it is free to change that decision at any moment. We discuss this all the time.

Since the ECB resumed its bond buying programme (SMP) around three months ago it has purchased some 100 billion euros of government bonds, a majority of which are thought to be Italian BTPs. Mersch said the ECB did not want to become a lender of last resort to help the euro zone solve its debt crisis and said it was concerned that its job could be made more difficult by governments that “don’t meet their responsibilities.”

The G20 has left town with nothing agreed, neither the IMF, the EU or the troika (a committee that has mysteriously dissolved from the narrative over recent weeks) took any positive steps forward. Quite frankly it’s not even worth devoting column inches to the waste of time this excessive use of hot air and money has been. The only benefit will have been to the first class hotels and five star restaurants who have gladly catered for the elite.

The IMF is now passing the begging bowl to Russia who are offering to shower deliberately insulting ‘pocket-money’ tokens at the overall solution. Financial aid to rescue Europe’s debt-stricken countries is set to dominate talks between Christine Lagarde, the head of the International Monetary Fund, and Russia’s president, government and monetary officials during her visit to Moscow. Lagarde is scheduled to arrive on Sunday evening for her first visit to Russia since becoming the managing director of the IMF. She’ll spend two days convincing Moscow to chip in some of its oil dollars to boost bailout funds for the euro zone. From Moscow, Lagarde is to travel to China and Japan to further her travelling sales journey.

The Kremlin has stated that President Dmitry Medvedev will talk with Lagarde about the “current issues of today’s global economy and its finances, international efforts to stabilise them as well as further steps to stabilise the global financial system.”

Moscow has said it is willing to talk bilaterally with affected countries, but it has been very careful in pledging cash to the eurozone as a whole. Finance Ministry officials have said repeatedly that Russia needs clarity and full briefing on Europe’s rescue plan, including who would carry financial responsibility for the aid. Russia’s government has pledged so far only up to $10 billion and only to be used through an IMF mechanism.

Early Market News
The euro, the Australian dollar and New Zealand’s currency all strengthened after Greek political leaders agreed to the creation of a national unity government that will work to secure international financing to avert a national default. The euro rose to $1.3828 as of 6:49 a.m. in Tokyo, from $1.3792 on Nov. 4 in New York. The Australian dollar advanced 0.4 percent to $1.0412 and New Zealand’s currency gained 0.5 percent to 79.74 U.S. cents.

“Market participants are questioning if Japan is able, or willing, to engage in tough intervention policy,” Greg Gibbs, a currency strategist at Royal Bank of Scotland Group Plc in Sydney, said in a Nov. 1 report to clients.

The yen weakened 3.1 percent last week to 78.24 per dollar, and depreciated 0.6 percent to 107.88 to the euro. The Bloomberg Correlated-Weighted Index for the currency fell 2.4 percent to 410.8175. The measure has ranged this year from a low of 371.8292 on April 11 to a high of 448.3248 on Oct. 4. After tumbling as much as 4.7 percent to 79.53 versus the dollar on Oct. 31, the biggest intraday drop since Oct. 28, 2008, the yen halted losses the next four days as European leaders raised the prospect for the first time of the euro area splintering. The yen may strengthen to 77 per dollar by year-end and stay there through the first quarter of 2012, according to median estimates compiled by Bloomberg. In August, the median fourth-quarter prediction was as weak as 85. Strategists see the currency trading at 104 to the euro in December, up from a forecast of 118.5 three months ago.

In terms of equity index futures the UK FTSE is currently up circa 1%, the SPX is up circa 0.7%. There are no economic calendar data releases that will significantly affect the sentiment of the morning session.

« When you trade through a political storm hold your head up high and don't be afraid of the dark As Focus Shifts To Italy, Next In The Firing Line Will Be France »