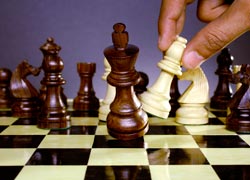 Berlusconi Made An Offer He Couldn’t Refuse

Whilst all eyes are on Italy’s bond crisis, Greece’s potential default and France ultimately being ordained into the dishonorable members of the inglorious PIIGS (finally putting the f in the ‘efin PIIGS) a real bombshell was dropped by one of the European Central Bank council members Jens Weidmann on Tuesday afternoon when he reminded the ‘inglorious insolvents’ that the ECB cannot bail out governments by “printing money”.

Weidmann, who heads Germany’s Bundesbank, said in a speech in Berlin on Tuesday;

“One of the severest forms of monetary policy being roped in for fiscal purposes is monetary financing, in colloquial terms also known as the financing of public debt via the money printing press is one of the most important achievements in central banking, specifically for Germany, it is also a key lesson from the experience of hyperinflation after World War I. Such a course undermines the incentives for sound public finances, creates appetite for ever more of that sweet poison and harms the credibility of the central bank in its quest for price stability.”

“I am glad that also the German government echoed our resistance to the use of German currency or gold reserves in funding financial assistance to other euro-area members. Proposals to involve the Eurosystem in leveraging the EFSF, be it through a refinancing of the EFSF by the central bank or most recently via the use of currency reserves as collateral for a special purpose vehicle buying government bonds, would be a clear violation of this prohibition on monetary financing.”

U.S. stocks and the euro rose on Tuesday, erasing its earlier losses, after Italian Prime Minister Silvio Berlusconi’s offered to resign. As to how a new leader will be able to tame the nation’s debt crisis is a mystery nevertheless the market has bought it…for now..

Elections could take up to two months to organise and could further delay implementation of the measures that aim to balance the budget in 2013 and cut a debt of 1.9 trillion euros ($2.6 trillion), bigger than that of Greece, Spain, Portugal and Ireland combined. The EU stepped up pressure on Italy to implement the plan today even as Berlusconi’s government was unraveling.

The EU said Italy will need to carry out additional austerity measures to meet the balanced budget goal given the “current economic context,” la Repubblica newspaper reported. The EU also called on Italy to provide more details about the timing and implementation of the measures Parliament is set to pass. The measures stem from a 45.5 billion-euro austerity package initially passed by Parliament in September that helped convince the European Central Bank to buy Italian bonds to try to contain surging borrowing costs as the failure to shore up Greece led the debt crisis to spread.

Commodities rallied and Treasuries reversed gains. Wheat, zinc and sugar rose at least 2.3 percent to lead gains in 14 of 24 commodities tracked by the S&P GSCI Index, which climbed to the highest level since Sept. 8th.

The Standard & Poor’s 500 Index climbed 1 percent to 1,273.52 at 1:17 p.m. in New York after slipping as much as 0.5 percent earlier. The euro rose 0.5 percent on the day to $1.3838 as the currency climbed versus 10 of 16 major peers. The S&P GSCI Index of commodities rose 0.8 percent to a two-month high whilst oil traded at the highest price since August. Ten-year Treasury note yields gained three basis points to 2.07 percent after earlier decreasing as much as four basis points.

European bourses fared well on Tuesday as a consequence of the optimism relating to Italy’s re-organisation. The STOXX closed up 1.20%, the UK FTSE closed up 1.03%, the CAC closed up 1.28% and the DAX up 0.55%. The SPX equity index future is currently flat, the FTSE future is up 1% and Brent crude is up $14 a barrel.

Economic calendar data that could affect the morning session sentiment

Economists polled in a Bloomberg survey gave a median forecast of -£2100m for the UK trade balance in September, compared with the previous figure of -£1877m