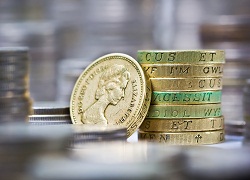 A leading forecasting group in the UK is forecasting 3.1% growth for the UK economy in 2014

Britain’s economy will apparently grow by 3.1% this year after a supposed turnaround in household fortunes, but trade and austerity challenges still lie ahead, a forecasting group has said in a report published overnight. The Centre for Economics and Business Research (CEBR) said a rise in disposable incomes, business investment and a construction sector boosted by a buoyant housing market would all accelerate the economic recovery in 2014. It pointed out that the improving economic data would benefit the current government, especially the Conservatives, in the run-up to next year’s general election in the UK.

The yen extended its biggest weekly loss in a month versus the dollar after a report showed Japan’s trade deficit widened more than forecast last month. The dollar held a weekly advance versus the euro ahead of leading U.S. economic indicators that may back speculation the Federal Reserve will remove stimulus this year. New Zealand’s dollar rebounded from its biggest weekly decline since January before the Reserve Bank sets policy on April 24. Currency volatility sank to an almost seven-year low on April 17th.

The yen fell 0.1 percent to 102.53 per dollar early in London this morning from April 18th, when it completed a 0.8 percent weekly slide, the biggest since the five days to March 21st. Japan’s currency dropped 0.2 percent to 141.74 per euro. The dollar traded at $1.3825 per euro from $1.3813, following a 0.5 percent weekly gain. The yen fell versus 15 of its 16 major peers after a report showed Japan’s trade deficit widened more than forecast last month. Japan’s trade deficit widened to 1.45 trillion yen ($14.1 billion) in March, from 802.5 billion yen the previous month, the Ministry of Finance said today.

The New Zealand dollar was little changed at 85.84 U.S. cents, holding a 1.2 percent drop last week, the biggest since the five days to Jan. 31st. All 15 economists polled in a Bloomberg survey expect the Reserve Bank of New Zealand to raise its official cash rate by 25 basis points to 3 percent at the April 24tb meeting. The central bank increased borrowing costs by a quarter percentage point last month.

The yield climbed to 2.72 percent on April 17th, a level not seen since April 7th. Trading was shut April 18th for Good Friday. Treasuries rose, pushing yields down from the highest in two weeks, as shooting in eastern Ukraine encouraged demand for the safety of government debt. The Treasury Department is scheduled to sell $32 billion of two-year notes tomorrow, $35 billion of five-year notes the next day and $29 billion of seven-year debt April 24th.

« Swing/trend analysis for the week beginning Sunday April 20th The Conference Board Leading Economic Index (LEI) for the U.S.A. rose in March by 0.8% to trip over the critical 100 level barrier »