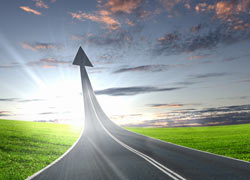 A Change from Austerity to Growth

The euro dollar recovered from yesterday’s low of $1.2955, its lowest price since January 25, hit after an anti-austerity backlash by voters in Greece and France caused worries across markets as the defeat of incumbents raised fears that Europe’s collective efforts to resolve the euro zone’s debt crisis may falter.

The euro eased 0.2 percent at $1.3031 while the Australian dollar, another gauge of investor risk appetite, fell 0.3 percent at $1.0175, also off a four-month low of $1.0110 hit on Monday. The AUD has been collapsing since the May 1st rate reduction of 50bp by the RBA followed at the end of the week with the RBA downwards revision of GDP and inflation.

Evidence of deep public outcries against using severe austerity measures to solve Europe’s refinancing problems prompted the International Monetary Fund (IMF) to show some new flexibility on Monday over how quickly it would press deeply troubled countries to bring their budgets under control if economic growth weakens.

The Merkel plan has not and is not working. Most constituents believe the politicians have no connection to the people who are hurt by these deep austerity measures.

The shift in tone could prove important for Greece, where Europe’s sovereign debt crisis began in 2009.

Sunday’s election stripped Greece’s two mainstream parties that backed a painful European Union/IMF bailout of their parliamentary majority, reviving uncertainty over whether Athens will stay in the euro zone.

The chairman of ailing Spanish lender Bankia SA stepped down on Monday, and sources said a government announcement on Bankia could come on Friday once a successor is in place.

The fact that neither extreme will, it needs to be a combination, but one that the population can live with; otherwise you will end up with completely lost generations.

This is a positive sign for economic recovery in the US and abroad, as reduced costs energy costs will help many governments stimulate growth and jobs and reduce consumer debt.

Analysts said Chinese data due later this week, including trade balance figures, consumer prices and industrial output was also in focus. Weaker data from the world’s second-largest economy could underscore how vulnerable the global growth outlook is and dent investor risk appetite.

This is the month that things need to happen, the US is in spring stall mode, Europe is falling back into a recession and Asian markets are hurting. This is a make it or break it month, as the economy is sitting on a pinnacle, we need to push it to grow and not contract.