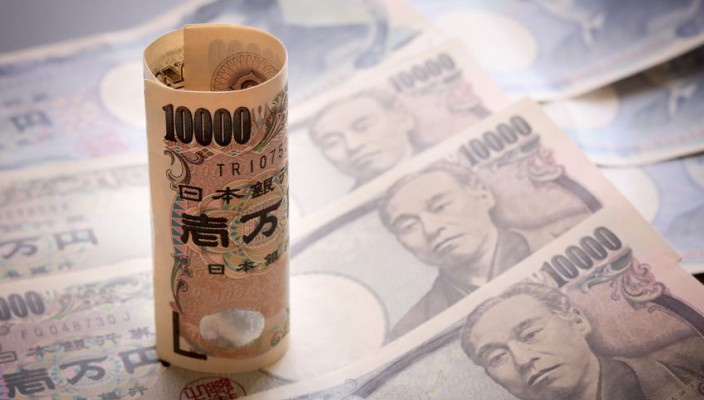 (Reuters) – The Japanese yen rose against the dollar on Thursday as a rout on Wall Street and weak European and U.S. economic data dented global risk sentiment, sending investors scurrying to safe-haven assets including government bonds.

The yen, seen as a safety-bet during times of market turmoil and economic stress, advanced 0.2 percent to trade at 112.06 on the dollar on Thursday.

On Wall Street, the S&P 500 declined for a sixth day in a row as weak forecasts from chipmakers added to concerns about the impact on earnings from tariffs and a slowdown in China’s economy.

The dollar, also considered a safe-haven, weakened slightly against the British pound and the euro.

An index measuring the U.S. currency versus six major peers traded around 0.16 percent lower in Asia at 96.26, after gaining an impressive 0.5 percent on Wednesday.

The Swiss franc, also considered a place of refuge during market turmoil, changed hands at 0.9963, gaining 0.16 percent on Thursday.

The euro staged a small relief rally to trade at $1.1407, after giving up almost 0.7 percent on Wednesday – its steepest fall in percentage terms since Sept. 27, on concerns over the pace of economic growth in Europe.

Euro zone business growth slowed more than expected this month, a widely watched Purchasing Managers Index (PMI) survey showed on Wednesday. German private-sector growth fell to its lowest in more than three years, and manufacturing in France hit a 25-month low, according to other surveys.

The European Central Bank (ECB) holds its monetary policy meeting later on Thursday, and investors will be looking for any new guidance acknowledging the recent slowdown in growth as well as the political stand-off between Brussels and Rome over Italy’s free spending budget.

The pound traded marginally higher versus the dollar at $1.2887, after losing 0.78 percent of its value on Wednesday and hitting a six-week low of 1.2865.

British Prime Minister Theresa May’s Brexit plans have stoked uncertainty over recent weeks, especially on the terms of Britain’s exit from the EU.

But May received a show of support from her Conservative Party on Wednesday at a meeting in parliament, shifting the focus away from talk of an imminent leadership challenge over her Brexit strategy.