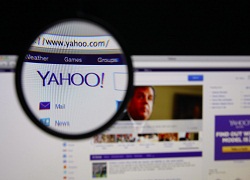 The main indices in the USA whipsawed violently throughout the day in reaction to the developing news breaking from the Ukraine. Having opened up in positive territory the indices fell back, to then close up as improved and better than expected figures from Yahoo late on cheered the market and caused Yahoo shares to rise by circa 8%. The optimism came far too late to stoke up any optimism in European markets as the main indices sold off quite sharply. Most notably the German DAX index sold off by circa 1.77%. Given that Germany is heavily reliant on energy provided by Russia and partly through Ukraine, any potential civil war in Ukraine could have a devastating effect on neighbouring countries.

USA builder confidence rose by one point in April according to the NAHB as the organisation described the conditions as in a holding pattern. The New York Empire State Manufacturing Survey came in below expectations with a reading of 1.3, down a significant four points on the previous reading. One note of caution in the report was the reading of unfulfilled orders, at -13.3 it would suggest that, whilst manufacturing is in overall good health in NYC, there could be stockpiling happening on a more aggressive basis than previously calculated. Inflation in the USA remained steady at 0.2% for the month of March. Over the last 12 months, the all items index increased 1.5 percent before seasonal adjustment.

From Europe the ZEW Indicator of Economic Sentiment has decreased by 3.4 points and now stands at a still considerable level of 43.2 points (historical average: 24.6 points). Elsewhere we received the latest data concerning the trade balance for Europe. The first estimate for the euro area trade in goods balance with the rest of the world in February 2014 gave a 13.6 billion euro surplus, compared with +9.8 bn in February 2013.

Builder confidence in the market for newly built, single-family homes rose one point to 47 in April from a downwardly revised March reading of 46 on the National Association of Home Builders/Wells Fargo Housing Market Index (HMI) released today. “Builder confidence has been in a holding pattern the past three months,” said NAHB Chairman Kevin Kelly, a home builder and developer from Wilmington, Del.

Looking ahead, as the spring home buying season gets into full swing and demand increases, builders are expecting sales prospects to improve in the months ahead.

The April 2014 Empire State Manufacturing Survey indicates that business activity was flat for New York manufacturers. The headline general business conditions index slipped four points to 1.3. The new orders index fell below zero to -2.8, pointing to a slight decline in orders, and the shipments index was little changed at 3.2. The unfilled orders index remained negative at -13.3, and the inventories index dropped ten points to -3.1. The prices paid index held steady at 22.5, indicating continued moderate input price increases, and the prices received index rose to 10.2, pointing to a pickup in selling prices.

The Consumer Price Index for All Urban Consumers (CPI-U) increased 0.2 percent in March on a seasonally adjusted basis, the U.S. Bureau of Labor Statistics reported today. Over the last 12 months, the all items index increased 1.5 percent before seasonal adjustment. Increases in the shelter and food indexes accounted for most of the seasonally adjusted all items increase. The food index increased 0.4 percent in March, with several major grocery store food groups increasing notably. The energy index, in contrast, declined slightly in March.

Economic Expectations for Germany have slightly declined in April 2014. The ZEW Indicator of Economic Sentiment has decreased by 3.4 points and now stands at a still considerable level of 43.2 points (historical average: 24.6 points). The cautious expectations in this month’s survey are likely to be caused by the Ukraine conflict, which still creates uncertainty. Furthermore, the slight decline in economic expectations has taken place against the backdrop of a very positive evaluation of the current economic situation in Germany.

The yen rose versus most of its 16 major peers as Ukraine unleashed an offensive to dislodge militants from its eastern area and authorities in Kiev said Russian troops were sighted, stoking investor demand for safety.

The Aussie dollar dropped after minutes of the Reserve Bank of Australia’s April meeting showed policy makers reiterated the most prudent course would probably be a period of steady interest rates. The currency weakened 0.8 percent to 93.52 U.S. cents and lost as much as 0.9 percent, the biggest intraday drop since March 19th. It climbed to 94.61 cents on April 10th, the strongest level since Nov. 8th.

The yen has rallied 2.7 percent this year in a basket of 10 developed-nation currencies tracked by Bloomberg Correlation-Weighted Indexes. The dollar has lost 1.1 percent, and the euro has fallen 0.5 percent.

The UK 10-year gilt yield fell three basis points, or 0.03 percentage point, to 2.60 percent early evening London time after dropping to 2.59 percent on April 11th, the lowest since Oct. 31st. The 2.25 percent bond due in September 2023 rose 0.27, or 2.70 pounds per 1,000-pound ($1,672) face amount, to 97.07. The two-year rate fell two basis points to 0.63 percent. U.K. government bonds rose, with 10-year yields approaching the lowest level since October, as tension in the eastern Donetsk region of Ukraine escalated, boosting demand for the safest fixed-income securities.

Canada’s BOC publishes its monetary policy report, issues a rate statement and is expected to keep its base interest rate at 1.00%. The BOC will hold a press conference to explain away its decisions. Later the Fed chairperson Yellen will speak as will FOMC member Fisher. The USA Fed will then publish its Beige Book. This analysis is used by the FOMC to help make their next decision on interest rates. However, it tends to produce a mild impact as the FOMC also receives 2 non-public books – the Green Book and the Blue Book – which are widely believed to be more influential to their rate decision, Anecdotal evidence supplied by the 12 Federal Reserve banks regarding local economic conditions in their district produces the data.