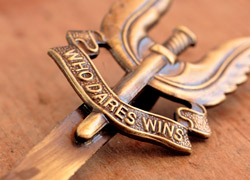 Who Dares Wins, the SaS Brings Down the Slovakia Government and Threatens the EFSF

Oct 12 • Between the lines • 3102 Views • Comments Off on Who Dares Wins, the SaS Brings Down the Slovakia Government and Threatens the EFSF

U.S. stocks flatlined on Tuesday after the best five days for the S&P 500 in two years, investors now look to the earnings season for a reason to extend the optimism for a market rebound. Stocks wavered throughout the NY session. Markets have been constantly reacting and over reacting to euro zone news where officials are still trying to contain the debt crisis that threatens large European banks and overall global financial stability. As the focus in the USA now moves to earnings season it begins with Alcoa’s report after the close of Tuesday trading. Recent U.S. economic indicators show signs of slow growth and investors are waiting to see how this has affected company profits.

The U.S. Senate has passed legislation allowing companies to seek duties to compensate for a weak Chinese yuan, putting pressure on House Speaker John Boehner to take up a bill he has called “dangerous.” The Senate voted 63-35 on Tuesday evening gmt to approve the measure backed by Democrats and Republicans. As to how China will react is not clear.

Slovakia’s parliament has brought down its government by rejecting a plan to expand the euro zone’s EFSF rescue fund, crucial to containing a spreading debt crisis. The outgoing finance minister, Ivan Miklos, said the plan could still be approved this week. Prime Minister Iveta Radicova made the issue into a vote of confidence to try to prevent one of the coalition partners, the liberal Freedom and Solidarity (SaS) party, from opposing the EFSF, but in vain. The count had 55 votes in favour and nine against out of a chamber of 150. The remainder, including the SaS, were absent or did not register a vote, and a majority of all seats was required for the motion to pass. Radicova is expected to call another vote that is likely to pass comfortably with the support of the main opposition party, Smer, which had demanded a reshuffle or resignation as the price for its support.

The media zeitgeist will be to ridicule little Slovakia for standing in the way of the ‘grand solution’, however, perhaps they’ve been bold enough to point out the inherent flaw in the plan. The original EFSF commitment was for a circa €120 billion bailout fund, but if plans are enacted that facility could leverage up to circa €720 billion of privatised banking losses that will be ultimately socialised onto the masses of Europe.

The troika; EU, IMF and ECB inspectors, finally gave reticent approval for the next tranche of bailout cash to Greece on Tuesday, despite some fiscal progress Athens is still lagging on privatizations and structural reforms needed to exit its debt crisis. The inspectors said in a joint statement that the €8 billion tranche Greece needs to avoid imminent bankruptcy would probably be made available in early November, after approval by euro zone finance ministers and the International Monetary Fund. European Union leaders are still putting together the second, €109 billion bailout deal agreed in July to try to prevent the Greek crisis from spreading out of control, after the initial €110 billion bailout proved insufficient.

The euro has remained strong versus the majority of its most-traded counterparts. The seventeen nation currency pared gains against the dollar as Slovakia’s largest opposition party rejected the measure in a first vote that toppled the government. The pound weakened as U.K. manufacturing production contracted for a third month. New Zealand’s dollar fell as the nation’s budget deficit was wider than forecast. The Dollar Index was static at 77.656 after yesterday’s 1.4 percent decline, the biggest loss on a closing basis since July 13. IntercontinentalExchange gauge, used to track the dollar against the currencies of the six major U.S. trading partners, is weighted 57.6 percent to the euro.

The Aussie dollar fell versus the U.S. currency after Slovakia’s ruling coalition failed to end a dispute over participation in a euro-area bailout fund, damping demand for higher-yielding assets. The Kiwi dollar fell against most of its 16 major peers after government financial statements showed the nation’s budget deficit was wider in the fiscal year ended June 30 than earlier forecast.

European markets closed fractionally down after the two sessions on Tuesday with investors appearing to tread water until some decisive news appeared from Slovakia and the troika. The STOXX closed down 0.21%, the FTSE down 0.06%, the CAC down 0.25% with the DAX breaking the mould by closing up 0.3%. Equity index futures for Europe are mostly marginally down, the FTSE down 0.3%. The SPX daily future is currently down circa 0.5%.

Wednesday is a very busy day for key economic data releases, the afternoon releases will be covered in our mid morning commentary at approx. 11 gmt. The key releases to be mindful of in the London morning session include the following;

Despite its government’s best efforts to kick the unemployment figures into the long grass the expectation is that the UKs unemployment count will rise. A Bloomberg survey indicates the claimant count will rise from 5.00% from a previous figure of 4.90%. A survey of economists, conducted by Bloomberg, shows a median forecast of 24.0K, compared to last month’s change of 20.3K for the jobless claims change. A Bloomberg survey predicts an ILO unemployment rate of 8.0% from 7.9% previously. Including bonuses average earnings are predicted to decrease to 1.9%. A Bloomberg survey of analysts gives a median reading of a month-on-month change of -0.80% for Eurozone industrial production compared with the previous release of 1.00%. Another Bloomberg survey forecasts a year-on-year change of 2.10% compared with the last release which reported 4.20%.