Which works best for you; short or longer term trading? Why not both?

Jan 29 • Between the lines • 1886 Views • Comments Off on Which works best for you; short or longer term trading? Why not both? 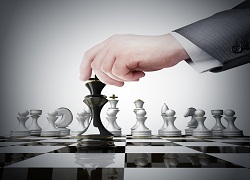 There is a certain trading myth that has stood the test of time. It concerns picking your trading time frame and method in order to ‘match’ your personality. The myth suggests that if you’re a adrenaline junky you should trade off tick charts and other low time frames. But if you’re a laid back mañana type of guy then swing trade off the daily chart and get on with enjoying the massive amounts of free time you’ll earn.

However, many experienced and successful traders would contest that this theory is incorrect, as in their opinion a competent trader should be able to trade off any time frames. Thereafter a trader may prefer to; day trade, intraday trade, swing or position trade, but the key fact remains that this is simply a personal choice related to preferences and experiences and not personality traits. Let’s put it another way and use elite level football as the analogy…

So moving aside the personality traits myth are there any other clues we could look for, in our personal trading preferences, to come up with a decision as to which trading time scales may suit us best?

Perhaps we can obtain some clues by reading some of the many quotes we’ve read over the years from traders on their preferences. There’s a reason why we’re posting these quotes, but you’ll need to read them first to find the answer, although presumably many of you will have guessed why already. We’ll number the fifteen quotes and they’re in no particular preference or order…

1: I don’t see sense in holding a position for months, resulting in a loss. I much prefer seeing my losses now and doing something about them.

3: I trade short term off five minute charts. Long term I can’t hold trades, I don’t want to give back some good pips and I can’t trust the long term trend.

4: I need to be able to sleep at night, therefore all my positions have to be closed.

5: Short term is more profitable when you know what you’re doing.

6: I want to switch to long term trading. It forces me to look at the longer term charts that are far more reliable for correctly reading the trend. Low maintenance trading is far less stressful. You can get on with other stuff as your trade progresses and letting good trades run on and on can very quickly increase your account balance.

7: Short term is often chosen by traders because it satisfies the natural urges that cause most to fail; they want it fast and big.

8: Consistency is the key element. If you trade daily bars you find yourself stepping away from the monitors, you’re less likely to make trader errors and use bad judgement, consistency comes easier.

9: The problem catching intraday moves is you’re going to trade too often and start getting hit with losses, it’s difficult to watch many different trading pairs all the time and if you constantly watch the screen you’re tempted to close winning trades prematurely.

10: I trade both long and short term although I prefer short term trading. I only really trade the longer term charts as I feel it keeps me current with the bigger picture and I trade better short term knowing the what is driving the markets.

11: I get bored and impatient and I like to know if I am right or wrong relatively quickly. So my reason has nothing to do with profitability and everything to do with my personality.

12: This year I moved to long term trading. I open a position with low leverage and just wait, of course I also have a TP in mind. Two good things came out of this; I can sleep fine with open trades that are under water, and I have been profitable mostly the whole year.

13: I choose short term as my heart isn’t strong enough to follow the prices for full day either, enjoy your life.

14: Long term trading requires serious analysis with a high level of conviction; normally moves will be based around political or economic conditions anticipated in the future. The payoff for longer term trading can be greater due to this and the size of the moves involved, but the levels of patience and discipline required to maintain to this approach over a series of months makes it difficult to implement for most.

15: Short term trading is very random, if your edge does exist. It can very quickly be eliminated by events across the globe negating your reasons for entry. I’d say short term trading is best suited to news trading, but again that strategy doesn’t come without it’s difficulties.

Now let’s see if you agree with our judgement. We’re suggesting that comments 7, 8, 9, 10, 12, 14 and 15 impress you as traders who (in simple terms) know what they’re doing. Is it any accident that they favour longer term trading? These comments come across as informed, calm, relaxed and authoritative, from traders who are projecting knowledge and success.

It’s fair to say that the majority of successful retail traders are swing traders. They’ve moved past the dream like state of believing they can turn their $1,000 account into $100,000 in a year and have approached the industry and their profession in a serious forensic manner. Realizing that a 100% return per annum would be outstanding they’ve adjusted their targets, slowed themselves down in order to discover what is ‘probably’ achievable. However, there are many retail traders who can successfully trade off low time frames or ‘scalp’ (in the common acceptance of what the word “scalping” represents). But they’ve chosen that route for a variety of reasons that have nothing to do with personality traits, but their preferences based on suitability.