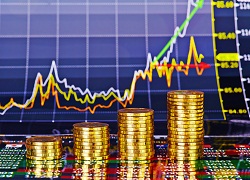 There are several ‘walking on hot coals’ rituals that many novice traders appear determined to experiment with early on in their fledgling careers in order to prove (to themselves) their trading credentials. Attempting to pick the ‘tops and bottoms’ of swing trade price action appears to be one of the most prevalent trials we put ourselves through. It’s a natural reaction to the price action we witness developing on a chart.

Firstly we’ll use back testing methods to identify a swing/trend on a daily chart. Then we’ll examine ways to ‘drill down’ to pinpoint the exact moment we witnessed the trend change. Typically we’ll start off with the turning point on the daily chart, then shift down through the gears of perhaps the 8 hour chart, the 4 hour chart and even the 2 hour chart and below to see if we can clearly see (with more precision) when and where the turning point in sentiment originated.

Despite the evidence being that all major swings and changes in sentiment occur due to major fundamental policy shifts by governments and their central banks, or through high impact news events, many novice traders still hold onto the view that the technicals lead not lag. As a consequence they become quite obsessive in their quest to pinpoint the exact turning point using technicals, when in reality the ‘sentiment turn’ happens once the markets digest the high impact news event, or policy decision that has caused the shift in sentiment and as such theoretically that turn is as ‘visible’ on a tick chart as it is on the daily chart. In fact the daily chart may prove to have greater clarity given that lower time frames constantly oscillate in ranging and or bearish and bullish markets.

One of the main problems novice traders have with the daily chart is that it doesn’t fit in with the pre-conceived criteria we’ve imagined represents trading. The tendency is to imagine trading as a fast paced competitive sport, when in reality it’s a game of chess as opposed to a cage fight. Trading less and earning more doesn’t fit in with the counter intuitive hardwiring we appear to have where trading is concerned. Trading off the daily charts means that your involvement is cut down to a minimum, to paraphrase a quote from the legendary memoirs of Jesse Livermore in reminiscences of a stock operator, you “sit more than you do” when swing trading.

We buy when price is going up and sell when price is going down and we often find it difficult to decide on which given that the majority of the time the market may be trapped in a sideways trading range. But the simplicity aspect; buying in an uptrend and selling into a downtrend, through using the most basic of observation skills, is actually as simple and complicated as trading should ever be.

The most commonly used indicators were developed and ultimately created by chartists and mathematicians operating off daily charts. The majority were created in times pre-dating the internet age and developed for use trading stocks (equities) and not FX, or indices. But being mathematical in origin these indicators migrate perfectly to other securities. However, the mathematical nature of the indicators and their performance can be called into question when traders insist on using them on time frames lower than the daily time frame given that the designers were not accustomed to trading methods on lower time frames, where traders are often guilty of ‘curve fitting’ the indicators to match the result the wish to see. Rather than as we stated previously, drill down and go through the gears of lower time frames to identify the trend, traders would be best served to look for the trend only on the daily chart. And traders don’t have to obsess over getting a pinpoint entry right where and when the news broke causing the shift in sentiment; they can afford to wait for the trend to develop in order to prosper.

As mentioned earlier in the article new traders in particular are guilty of obsessing over finding the top and bottom of a swing – looking for the perfect entry and perfect exit. But as many experienced and successful traders will testify; no matter how successful they are they’ll never get the exits perfect but they can, with unerring accuracy, get the entry right as part of their high probability set up trading system.

In looking for a trend change it’s important that we concentrate on high impact news events or government/central bank policy changes, let’s look at the DJIA recently as an index (in isolation) in order to discuss our theory.

Our suggestion is that traders bring up a daily chart of the DJIA whilst reading the rest of this article. They can also have the indicators we actively use and ‘promote’ on this blog on the daily time frame, but for the purpose of this demonstration and exercise we’re relying on the naked chart only, with the bars on the daily time frame adjusted to Heikin Ashi.

We can clearly see (with hindsight) that bearish sentiment looked to be exhausted on December 16th, the formation of a classic doji suggesting indecision and a fine balance between buyers and sellers of the DJIA index. On the 17th sentiment appeared to suggest that the bulls were beginning to control the situation, the candle on the 17th was displaying slightly bullish tendencies. We may even suggest that the main market movers, in the land of institutional level trading, appeared to know something that the rest of us retail mortal traders didn’t.

Finally on the 18th of December news broke with regards to the Fed’s taper of $10 bn a month and the index moved up sharply. Despite many analysts fearing that a taper would cause a sell off, the market reacted positively due to the accompanying narrative from the Fed suggesting that low interest rates would survive for some time and that the taper was very much at the experimental stage.

Now we can clearly see that on December 16th we’d have been justified in going long, similarly on the 17th and by December 18th when the FOMC meeting minutes were published and the taper news broadcast the index moved up sharply. We didn’t have to be in at the ‘B of the bang’ of the move on the 16th, taking a long position on the 18th was not only logical, but actually made more sense given we had a huge fundamental policy decision to attach our technical analysis to.

In conclusion we can clearly see the highly defined price action that followed the sharp reversal of sentiment on December 18th. We didn’t need to be in at the point of indecision developing on December 16th, we only had to take the trade when the news broke and the trend was already developing. By the 18th nearly every swing trading indicator that we favour was emitting bullish tendencies. Therefore the combination on the fundamental news, the price action clearly defined by the Heikin Ashi candles and all the most commonly used indicators were all suggesting that a new trend/swing trade was developing. A more perfect illustration of the trend’s birth and development you’d struggle to find.

Fortunately, for regular readers of our blog, we identified this trend in our weekly trend trading analysis and as such if you followed our simple yet highly effective advice you’d have enjoyed a circa 500 point gain since the 18th. Have that one on us, and happy new year to all our readers.

« The Eurozone invites Latvia to join the New Year party, hoping for no hangover or headache in 2014 Markit Economics PMIs indicate positive manufacturing growth for the European region »