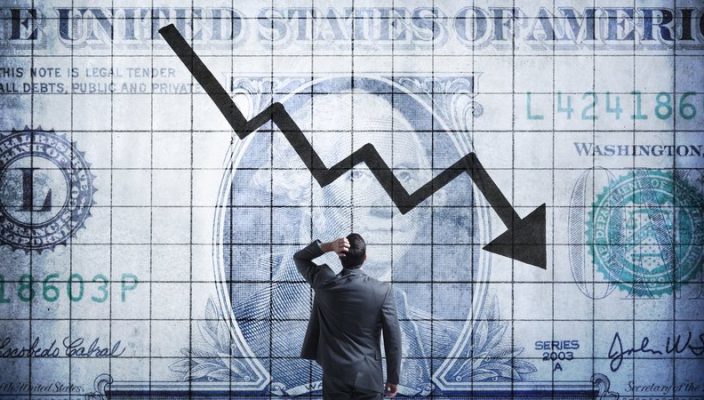 Wall Street recovers despite the worst contraction in the US of -3.5%, the worst reading since the 1940s

Jan 29 • Market Commentaries • 1344 Views • Comments Off on Wall Street recovers despite the worst contraction in the US of -3.5%, the worst reading since the 1940s

The leading US equity markets bounced back on Thursday after experiencing a sell-off during Wednesday’s sessions. Wall Street banks and brokers voiced their relief after online brokers such as Robin Hood, Ameritrade and Interactive Brokers suspended trading in stock such as GameStop, AMC and Blackberry.

These equities have been the subject of intense speculation by day traders over recent days to squeeze the short positions held by hedge funds. GameStop stock plunged by -60% during the session before trading stopped.

The leading US markets rose on Thursday despite the economy recording a final GDP reading of -3.5% for 2020, the worst performance since the 1940s. There is no doubt the pandemic caused the slump and deep recession; however, the US economy was only growing just above 1% during 2019-2020 before the pandemic ran amok in society. Moreover, if the Treasury and Federal Reserve hadn’t indulged in record amounts of stimuli, then the 2020 contraction would have broken all records.

The other economic calendar results for the US economy came in mixed on Thursday. The weekly jobless claims fell below 900K to 847K, but the previous week’s figure got revised to 914K. These jobless claims figure can be misleading if used as an indication of overall unemployment because many citizens can’t claim the support continually if they’ve been unemployed long term. In 2019, the average weekly figure came in at approximately 100K, with as many jobs created each week.

Crude oil slipped by close on 1% during the day, concerns over airline consumption caused part of the fall while stockpiles aren’t reducing quickly during the winter months in the western hemisphere. Copper bounced back after registering a series of daily losses, to end the day at $3.57 up 0.20%.

Precious metals experienced mixed fortunes, silver spiked upwards, breaching R3 to reach an intraday high close to $27.00 a level not seen since early January. Gold traded close to flat at $1,842, selling off late in the New York session after breaking up through R2 earlier.

USD slipped versus most of its main peer currencies during the day’s sessions, the dollar index DXY traded down -0.20%, still holding position above the 90.00 level handle at 90.47. EUR/USD traded in a narrow range, above the daily pivot point, up 0.25% and reversing most of the loss recorded on Wednesday.

GBP/USD experienced a bullish run-up, whipsawing in a wide range operating between bearish and bullish conditions. The currency pair sometimes referred to as cable slipped to S1 before reversing direction mid-afternoon to breach R1 trading up 0.50% on the day.

In a customary negatively correlated fall compared to EUR/USD, USD/CHF ended the day down approximately -0.20% trading below the daily pivot point. USD/JPY traded close to R1 as Japan’s yen fell across the board versus most of its peers.

Calendar events to be mindful of during Friday’s sessions

France and Germany will publish their latest Q4 2020 GDP data in the morning. France’s is forecast at -3.2%, Germany’s predicted to come in at 0.00% for Q4. Year on year Germany should come in at -4%, which could affect the value of both the DAX 30 and the value of EUR versus several peers. Germany’s unemployment rate should remain unchanged at 6.1%.

Analysts and investors will look towards the personal income and spending data for the USA to establish if US citizens are getting paid more and spending more due to confidence in the economy. Personal income could show a 0.1% rise in December while spending is forecast to be down -0.6%. Reuters forecast the Michigan Consumer Sentiment index will come in at 79.2 for January, a slight fall from the 80.7 in December. Finally, the week’s sessions close with Mr Kaplan and Mr Daly of the Federal Reserve delivering a speech. These eagerly anticipated appearances will be closely listened to, based on the Joe Biden administration having a radically different plan and policy to revive the economy compared to Trump.