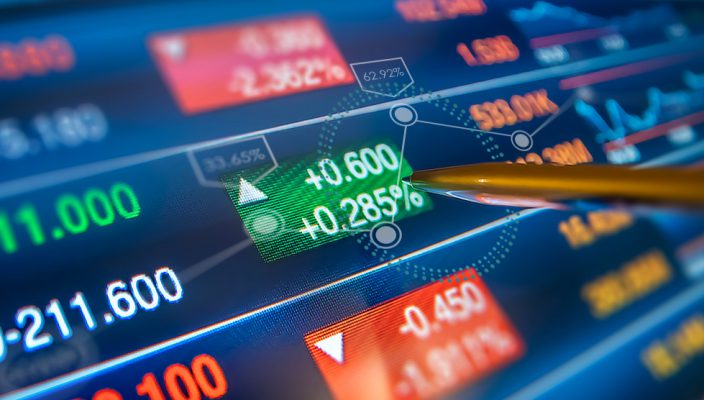 US equity indices fell from last week’s record highs, apparently due to investors finally beginning to question quoted firms’ fundamental valuations as analysts start to audit earnings during the approaching earnings’ season. The SPX 500 fell by -0.52% and the DJIA 30 only -0.29%.

These are modest falls relative to the record-breaking streak all major US market indices experienced during 2020. The NASDAQ 100 closed down -1.25% on Monday, as all the FAATMAN stocks closed the session out down.

TESLA fell by -7.32% on the day, coming the day after Michael Burry, the infamous short seller in the film The Big Short reported that he’s continued to add to his short position in Tesla regularly. Investors who believe the market is a one-way long-bet, who have no analytical skills, may have been shocked by the fall in various NASDAQ shares during Monday’s New York session – Facebook down -3.86%, and Apple down -2.28%.

Private individuals who have recently invested in or executed long trading positions in Bitcoin will have questioned their decision after the crypto security fell by over 20% at one stage during the day’s sessions.

The collapse came as the UK Financial Conduct Authority advised investors to be aware that they could lose all their money if they invested in cryptocurrency schemes. This warning comes a month after the FCA banned all UK brokers from offering market dealing services in crypto coins.

USD records gains versus all its main peer currencies

USD continued where it left off last week, registering gains versus many of its peers. The DXY traded up 0.46% on the day and is now 0.75% up weekly. GBP/USD traded down -0.33%, recovering later in the session trading above S1 deep into the New York session. EUR/USD traded down -0.52%, the pair traded in a bearish range and crashed through S2. Versus the antipodean commodity currencies of NZD and AUD, the US dollar also recorded gains of 0.93% and 0.76%.

European indices closed down on the day, as reports began to circulate that the UK started to experience Brexit problems at ports while lorry queues build up again. At the same time, fresh fruit is scarce on UK supermarket shelves. While a Brexit trade deal came into force in late December 2020, the practicalities are now evident and affect investor sentiment. Therefore, sterling may come under scrutiny unless and until the situation improves.

WTI oil has recorded considerable gains since the start of the year; the year-to-date price has risen by 7.69%. Trading at $52.12 per barrel during Monday’s sessions down -0.21% on the day, the commodity traded without direction, in a narrow range and close to the daily pivot point.

Gold (XAU/USD) has sold-off sharply since January 6 after rising to approximately $1960 per ounce. The precious metal has fallen by just over -5% weekly and is down -2.74% YTD. The fall in silver price has been more significant as investors have rotated out of both the havens. Silver in dollar terms is down -8.31% weekly and -5.34% year-to-date.

The US economy is the primary focus of fundamental analysis and actual news events during Tuesday’s afternoon New York session. Two officials from the Federal Reserve Bank; Brainard and Bostic, will deliver speeches. Investors will listen intently for any clues regarding forward guidance or any changes to their current highly accommodative monetary policy.

Jolts job openings will also get published. Analysts will look for evidence that job opportunities remain above the six million number despite the negative NFP job number printed on the first Friday of the month. If crude oil inventories rise when the data gets published during the New York session, then the oil price could fall. Market participants will also closely monitor January’s latest US consumer sentiment reading, forecast to come in at 47.5, falling from the previous 49.00 reading.