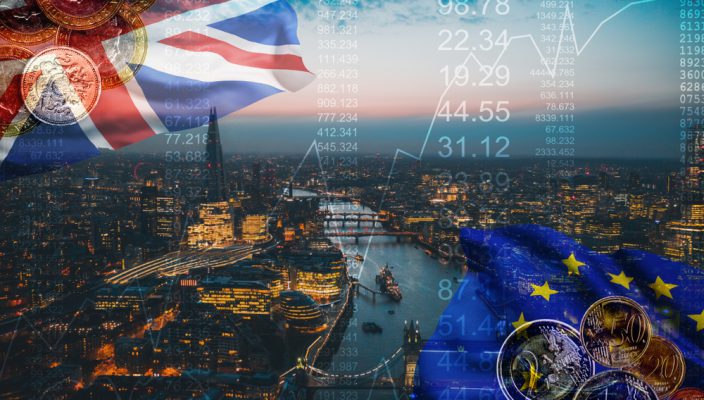 Another trading day and both the SPX 500 and the NASDAQ printed record highs. The catalyst for the fresh peaks were the UK/Pfizer Covid vaccine roll-out and progress made on the approximate $1 trillion fiscal stimulus package the US Senate is looking to seal this week.

Both USD/JPY and USD/CHF traded in tight ranges, and as several US equity indices took out record highs, in a correlated move USD/CHF plunged to a low not seen since January 2015. At 9 pm, the pair, which often moves in a negatively correlated direction to EUR/USD, traded at 0.8999, up 0.20% on the day.

USD/JPY traded in a tight range above the daily pivot point, adding 0.16% on the day, down -4.09% year-to-date. The risk-on environment has gripped equity markets during the last months of 2020, but yen’s haven appeal is preferable to holding USD in the current climate.

Johnson in mad dash to Brussels on Wednesday

The Brexit issue is reaching its climax. Less than three weeks before the final January 1 divorce date, the UK negotiating team is frantically looking for a foothold to proclaim a victory. News broke during Tuesday’s trading sessions of the UK government’s intention to alter the contentious Internal Market Bill to ease EU concerns.

Market traders saw through the hollow proclamation, and GBP/USD continued to trade in a narrow range, close to the daily pivot point and down -0.03% on the day. Despite a collapsing US dollar during 2020, GBP/USD is only up 1.57% year-to-date.

We can confidently expect more sterling volatility on Wednesday as the UK P.M. Johnson heads to Brussels for a last-ditch meeting with the EU. The EU leaders are due to hold a meeting on Thursday to agree to the final framework. Many journalists are describing the situation as the pinnacle of incompetence. A process that the UK government has had 4.5 years to organise is coming down to the wire in the last 24 hrs.

Germany’s ZEW sentiment readings beat the Reuters forecasts, while the GDP figure for the Eurozone also came in slightly ahead of the predictions at -4.3% YoY. At 9 pm EUR/USD was at 1.2104, oscillating close to the daily pivot point.

Gold traded up 0.37% towards the end of the day’s sessions, trading at a level not seen since November 24 as investors continue to seek out the precious metal as a hedge. Trading above the daily pivot point at 1870 gold appears to be trading in a bullish trend since the beginning of December.

Canada’s dollar will come under the spotlight tomorrow as the BOC central bank announces its interest rate decision. There is no expectation for a lowering of the rate, so the focus will quickly turn to any accompanying statement from the BOC board. USD/CAD traded up 0.10% on Tuesday and is down -1.27% year-to-date. The pair is down -1.44% monthly, after a sharp sell-off which began in mid-November.

After disappointing job numbers, analysts will scrutinise the latest JOLTs data (job openings) from the USA. They’ll be looking for clues that seasonal hiring is gathering pace. If not, then any hope of a significant recovery in the USA jobs market will begin to fade. The forecast is for a reading of 6.3 million openings. In the afternoon, the UK Bank of England will broadcast its latest monthly stability report, and the statement will be more relevant this month due to the Brexit day approaching. Analysts and investors will listen and read carefully while looking for clues as to how the BoE will manage the process from January 1 onwards.

« The surgical precision of the FX trader Are you sticking to your trading plan, if not, why not? »