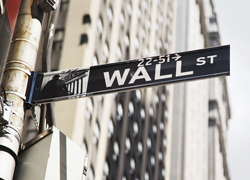 Wall Street is now optimistic that the bipartisan Covid Relief Bill which would inject cash directly into the working and middle-class economy where it’s needed most will finally receive approval by Wednesday.

European indices rallied, as rumours that the UK was about to climb down and accept the EU rules to trade in the single market were spread on social media by a BBC correspondent. Germany’s DAX and France’s CAC ended the day up.

The US dollar slipped versus most of its peer currencies during Tuesday’s trading sessions, the DXY (dollar index) traded down -0.30% at 9 pm UK time, and at 90.44 it’s hovering above the critical handle of 90.00, a level it hasn’t fallen below since mid-2018.

Tuesday proved to be a tough day for FX traders as many of the most popular currency pairs oscillated in tight ranges close to the daily pivot points throughout the sessions. EUR/USD was trading up 0.12%, USD/CHF trading down -0.18%, USD/JPY down -0.38% and USD/CAD down -0.43%. WTI oil rising by 1.20% on the day to $47.47 per barrel, a level not reached since February, helped commodity currencies such as CAD to rise.

Despite the risk-on mood that gripped the markets during the New York session, gold which is usually a safe-haven bet and hedge, also rose sharply as did silver. At 9:30 pm UK time XAU/USD traded at $1853 per ounce, a price level last reached back on December 9th. Gold powered through R2 during the later sessions, registering a rise of 1.43% on the day. Silver traded up 2.48% at $24.48 per ounce.

Sterling registered gains versus several peers during the day’s sessions, Brexit optimism and the deteriorating employment and unemployment situation were the main issues on the day.

The UK registered a record amount of quarterly job losses in the latest ONS figures and based on the Tier 3 restrictions; analysts expect the situation to worsen in the first two quarters of 2021 particularly if more lockdowns are needed to control a rising Covid infection rate. The UK FTSE 100 closed the day up 0.18%.

There are various PMIs published for Eurozone nations and the UK on Wednesday morning. German manufacturing forecasts suggest a modest fall in productivity, and the UK services and manufacturing metrics should come in close to previous figures and therefore have limited impact on the value of GBP versus its peers. The price of oil will come under scrutiny in the New York session when the latest crude oil inventories get published. If a stockpile has developed over recent weeks, then the current oil price rally might fade.