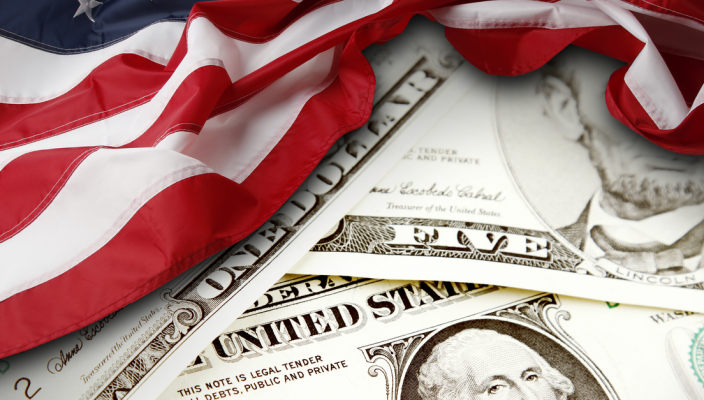 Alongside positive steps made in Brexit talks this week, the UK wage data may give BoE a green light on rate hike to happen in May. At 2.6%, growth in average weekly earnings excluding bonuses suggests that wages are gathering momentum. Admittedly, the current year-on-year rate of growth says almost as much about the weakness at the same time last year, as it does about current strength. But even so, the latest numbers should support the Bank’s view that the tight jobs market is putting pressure on firms to lift pay more rapidly to retain staff/attract new talent. This certainly appears to be the message from various surveys. Evidence from BoE agents point to the best year for pay settlements since the crisis, while a recent Markit/REC employment survey indicated that starting salaries are rising at the fastest pace in two-and-a-half-years.

Evidence from BoE agents point to the best year for pay settlements since the crisis, while a recent Markit/REC employment survey indicated that starting salaries are rising at the fastest pace in two-and-a-half-years. While incomes are no longer falling in real terms, they aren’t set to start rising significantly any time soon either. And with consumer confidence not far off post-Brexit lows, households are likely to remain cautious for a few more months to come
At the end of 2017, there were signs that the weak economic momentum through last year may finally be catching up with the labor market. However, the strong recovery in employment growth seen in the latest report (up to 168k from 88k previously) suggest that the blip seen was, well, just a blip. All in all, yesterday’s data may well give policymakers the green light to hike rates again in May. Now that a deal has been struck on the transition period, which helps cement the Bank’s assumption that the road to Brexit will be “smooth” (for now at least), there are few other obvious barriers to a near-term hike. Attention is now turning to whether policymakers could go for a second rate rise at some point later in the year. Recent commentary from the Bank suggests that’s certainly a possibility.

Yesterday the Fed raised rates 25bps, taking the IOER to 1.75% and left its guidance on rates unchanged for this year i.e. two more hikes are expected, but it raised its estimate for fed funds in late 2020 by 30bps to 3.4%. The boost to growth from fiscal expansion should to be temporary. Growth forecasts were revised up to 2.7% this year and 2.4% next, but the long run potential growth estimate was unchanged at 1.8%. Fed Chairman Powell’s press conference conveyed continuity. The Philips curve is flat; the Fed is committed to keeping inflation around 2.0%. Wage gains and price rises have been moderate recently, but there is no evidence that inflation is accelerating. US bond yields were little changed and the dollar sold off modestly.

Brexit should be a focus for markets on Thursday with EU leaders due to meet in Brussels to sign off on Brexit guidelines (possibly continuing through to Friday). Meanwhile it’s a busy day for data, highlighted by the release of the flash March PMIs in Japan, Europe and the US. Away from that we’ll also have the BoE monetary policy meeting outcome. Other notable data releases on Thursday include March confidence indicators in France, the January current account balance reading for the Euro area, Germany’s IFO survey for March, UK retail sales for February and weekly initial jobless claims, January FHFA house price index, February leading index and March Kansas City Fed PMI in the US. Late in the evening we’ll also get the February CPI report in Japan. ECBspeak will also be a focus with Lautenschlaeger and Nouy due to speak at separate events. German Chancellor Merkel is also due to deliver a speech in parliament likely outlining her policy goals. -FXStreet
EUR/USD

The Euro has capitalized in Dollar softness following the FOMC’s rate hike on Wednesday that saw the EUR/USD lift to an Asia session high of 1.2370 as markets sold off equities and the Greenback in retaliation for the Fed not lifting their ‘dot plot’ to include a fourth rate hike this year. -FXStreet
GBP/USD

The GBP/USD pair clocked a seven-week high of 1.4170 in Asia on account of the broad-based USD selling. The Bank of England (BOE) will likely keep interest rates unchanged at 0.5 percent, however, the hawks at the central bank may feel emboldened to vote for a rate hike on the back of the brexit transition deal and the strong UK labor and wage growth numbers. -FXStreet
USD/JPY

The Greenback tripped over itself against the Yen in the overnight session, dropping to 105.58 before edging back slightly to 105.70. Risk aversion has broken back into the broader market and the USD/JPY is dropping lower following the big Aussie employment miss and the Japanese Nikkei Manufacturing PMI dropping to a five-month low of 53.2. -FXStreet
Gold

Gold is trading at around 1324 as the Federal Reserve hikes rates by 25bp as expected. The Fed expects to hike only 3 times this year opposed to the 4 expected by the most hawkish market participants. 3 more rate hikes are expected in 2019 and 2 more in 2020. –FXStreet

« G20 continued to emphasize the importance of free trade; UK CPI eases more than expected in February and the German ZEW Economic sentiment deteriorates sharply in March BoE MPC votes 7-2 to keep rates on hold yesterday, however the Bank is still gearing up for May rate hike »