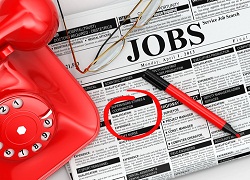 All investor eyes will no doubt be focused on the FOMC meeting the afternoon and the impending decisions regarding base rates and the monetary easing programme. However, in the meantime, there are several news events that have been published overnight and in the morning trading session that will be of interest to investors and traders alike.

The UK’s unemployment number was published in the morning trading session and the print surprised economists by coming in 0.2% lower than the previous month at 7.4%. Moreover, there appeared to be a ‘record’ number of UK citizens in paid employment, up 485,000 on a year earlier.

The German IFO business climate has risen, not unexpected given many of the positive sentiment indices published of late, whilst the Chinese conference board leading economic indicator improved by 1.4% in November.

The Ifo business climate for industry and trade in Germany improved once again. Assessments of the current business situation were somewhat less favourable, but firms expressed greater optimism about future business developments. The German economy is in a festive mood. The business climate in manufacturing continued to improve. Favourable assessments of the current business situation were scaled back somewhat, but manufacturers’ optimism rose to its highest level since spring 2011.

Growth in the China LEI accelerated in November, driven entirely by real estate and new lending. Despite the uptick, the economy does not appear to be gaining any underlying momentum.

The yen dropped versus 15 of its 16 major peers after the nation reported its biggest trade deficit on record, eroding the nation’s haven appeal. Japan’s currency weakened after a report showed the country’s trade deficit for November was 1.35 trillion yen ($13.1 billion). The yen has dropped 14 percent this year, the worst performer in Bloomberg’s Correlation Weighted Indices which tracks 10 developed-nation currencies. The euro has risen 8.7 percent since Dec. 31, the best performer, while the dollar is up 3.6 percent.

Benchmark 10-year USA yields were little changed at 2.84 percent early in London. The price of the 2.75 percent security due in November 2023 was 99 6/32. The yield dropped four basis points yesterday, the most since Nov. 13th. A basis point is 0.01 percentage point. Treasuries held gains after rising the most in a month on speculation the Federal Reserve will confirm at the end of a meeting today that interest rates will stay low even if policy makers slow bond purchases.

Germany’s 10-year yield was little changed at 1.83 percent early London time after increasing to 1.89 percent on Dec. 6th, the highest since Oct. 17th. The price of the 2 percent bund due in August 2023 was 101.495. Germany’s 10-year government bond yields approached a three-month high before a report economists said will show business confidence rose in December and as investors awaited the Federal Reserve’s policy decision.

« The power of auto suggestion in trading; “every day, in every way, my trading is getting better and better” Federal Reserve tapers monetary easing stimulus on the basis of strong jobs growth whilst dollar reaches five year high versus yen »