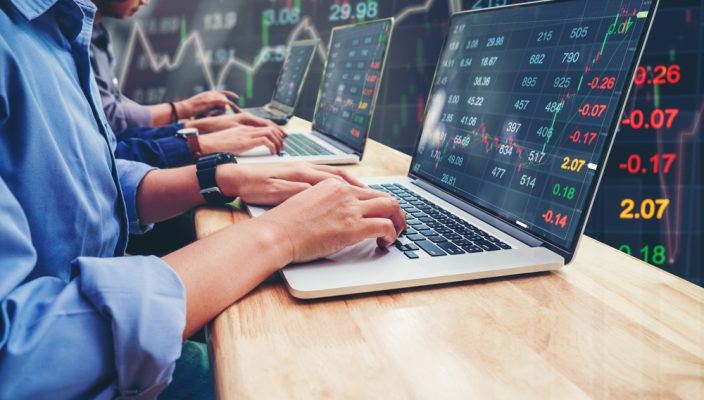 UK stocks closed 3.47% up on Wednesday, January 6 after energy and banking stocks rose considerably due to the recent OPEC agreement restricted oil production and post-Brexit optimism for the banking sector. The Markit services figure rising to 49.4 for December also helped to support the bullish sentiment.

Because of the FTSE 100 rise, GBP/USD fell marginally in a negatively correlated move to trade down -0.07% at 8 pm UK time. The currency pair whipsawed in a wide range during the day’s session oscillating between bullish and bearish conditions, before reverting to the daily pivot point. Versus AUD, NZD sterling also fell.

EUR/GBP traded in a wide bullish range, rising by over 1% during the early sessions to breach R2 before receding to R1 during the later stages of the New York session. Crucially the cross-currency pair traded above the level/handle of 0.900 at 0.9055. EUR/USD also whipsawed in a wide range, breaching R2 in the London session, before giving up the gains, to then reclaim position above R1 during the New York trading session to end the day 0.27% up and 0.94% up year-to-date.

The safe-haven currencies of yen and Swiss franc were out of favour during the risk-on mood; USD/CHF whipsawed in a wide range between bullish and bearish conditions before trading close to flat, while USD/JPY traded up 0.31%, receding from the second level of resistance R2.

The main European equity markets also rose during the day’s sessions, despite the pandemic running amok on the continent and vaccine rollouts lagging. The news that the authority in Europe had approved the latest Moderna vaccine helped boost sentiment, as did the latest Eurozone PMIs which missed forecasts but rose moderately. Germany’s DAX index closed 1.76% up and is up 4.44% monthly. France’s CAC 40 index closed the day 1.19% up and up 0.38% monthly.

The main US equity markets rose during Wednesday’s New York session, except for the NASDAQ 100 which traded down -0.62% due to Anti-Trust fears once Biden becomes inaugurated, the index is still up 42.05% yearly.

The DJIA traded up 1.30% on the day, while SPX 500 traded 0.61% up while printing an intraday record high. Despite the outgoing president Trump inciting riots on Capitol Hill Washington to prevent the US parliament agreeing the election result, the markets’ rise occurred due to the expectation that more stimulus will be quickly decided in January if the Democrats control the Senate.

Not even the private payroll firm ADP announcing the loss of -123K jobs during December could derail the market optimism. This reading was the first negative reading since April 2020 after the initial pandemic shocks reverberated through financial markets.

Thursday’s latest weekly unemployment claims, and the NFP number published on Friday, will be carefully scrutinised due to the shock ADP number to decipher if the US economy is recovering. When you remove the equity markets’ rise, all other indicators suggest the real economy is struggling, including the latest factory orders, which have fallen to 1% growth month on month, from 1.3% previously.

WTI oil continued the bullish momentum initially generated by OPEC announcing a restriction of production on Tuesday. The latest inventory figures revealed a depletion of -8.01 million barrels causing the price to rise by 1.08% remaining above the 50.00 level/handle at $50.47 per barrel.

Investors in precious metals cashed in some positions during the day’s sessions, gold fell by -1.56% and silver by -1.25%. Gold crashed through S3 during the New York session, after initially trading above R1 and reaching a high of $1959 per ounce. At 9:30 pm UK time the precious metal changed hands at $1919.

The euro could move if the EZ retail figures come in bullish as expected when the data gets published in the London session. Inflation in the EZ could show a rise of 0.2% for December, which could also hit the value of EUR.  Sterling could alter in price versus its main peers if the construction PMI misses or beats the forecast and stays above 50; the metric that separates contraction from expansion. US data mainly concerns various ISM readings, and the expectation is a deterioration across the board, most notably the business activity monitor and non-manufactured products. The forecast suggests the latest weekly unemployment number will come in at 755K. However, the Reuters panel of economists got polled for their predictions before the latest ADP jobs number revealed a -123K negative reading, therefore a surprising number could be on the cards.