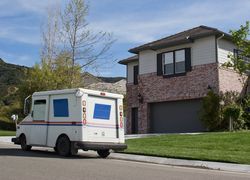 There’s a sad irony that on the day when the USA BLS (bureau of labour statistics) publishes their latest unemployment figures the U.S. postal service announces that the closure of nearly half of its mailing plants will take place over the next twelve months. The claim from the BLS is that only 5.4% of the workforce will be lost, roughly 36,000 jobs. However, most analysts will find that figure for lay-offs incredulous given the level of plant closures.

The number of Americans filing new claims for jobless benefits last week held at the lowest level since the early days of the 2007-2009 recession. Workers filed 351,000 initial claims for unemployment benefits, the same as the prior week, the Labor Department said on Thursday.

The data suggests that the cycle of layoffs may have run it course. But considerable issues still remain in the jobs market; 23.8 million Americans are either out of work or underemployed with no jobs for nearly three out of every four unemployed. A total of 7.50 million people were claiming unemployment benefits during the week ended February 4 under all programs, down 178,619 from the prior week.

U.S. Postal Service
The U.S. Postal Service, which predicts an annual loss of $18.2 billion by 2015, plans to eliminate 5.4 percent of its workforce by closing almost half its mail-processing facilities to decrease costs.

The service plans to shut 223 of its 461 mail-processing plants by February 2013, Postmaster General Patrick Donahoe said in a telephone interview today. The closings will cut about 35,000 jobs, said David Partenheimer, a spokesman.

Europe’s ‘Double-Dip’ Recession Is Now Inevitable
The euro zone economy is heading full steam ahead for its second recession inside three years and the wider European Union will stagnate, the EU’s executive said on Thursday, warning that the currency area has yet to break its vicious cycle of debt. The European Commission is forecasting that economic output in the 17 nations sharing the euro will contract by at least 0.3 percent this year, reversing the earlier optimistic forecast of 0.5 percent growth in 2012.

The growth forecast for the euro zone is more optimistic than the International Monetary Fund’s view that output in the area will dip 0.5 percent this year. The forecasts could worsen as they rely on the belief that EU leaders will resolve the sovereign debt crisis now in its third year which shattered investor confidence in a region regarded as one of the world’s safest havens.

We are in the worst economic crisis since 1929. We think 2012 is going to still be a tense period. We’re hoping that our results will be largely better than in 2011.

Europe’s banks have written down billions of euros from losses on Greek government bonds and loans, the deal agreed this week with its creditors will inflict losses of 74 percent on bondholders. Despite the bond swap deal, bondholders could suffer further hits if Greece’s economy fails to recover.

The euro advanced to the strongest level in more than 10 weeks versus the dollar as a report showed German business confidence rose to the highest level in seven months amid progress taming the region’s debt crisis.

The yen rose versus the dollar after the sale of seven year Treasury notes. Higher-yielding currencies appreciated as a measure of volatility among Group of Seven currencies dropped to the lowest in more than three years.

Brent oil for April settlement advanced 72 cents, or 0.6 percent, to $123.62 a barrel on the London-based ICE Futures Europe exchange yesterday. The European benchmark contract’s premium to New York-traded WTI closed at $15.79. It reached a record of $27.88 on Oct. 14.

Forex Spot-Lite
The euro reached the highest level in more than 10 weeks versus the dollar before a German report forecast to show Europe’s largest economy expanded for an eighth quarter.

The 17-nation euro held gains versus most of its major peers before Group of 20 finance ministers meet in Mexico City this weekend where they may discuss committing additional resources to resolve Europe’s debt crisis. The greenback fell versus higher-yielding currencies including the Australian dollar before U.S. data that economists expect will show growth in new homes sales. Demand for the yen was limited on prospects Asian stocks will extend a global rally in equities.